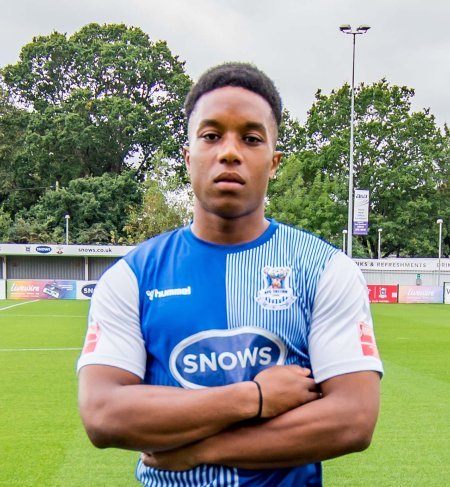 AFC Totton have dumped Premier South side Gosport Borough out of the Hampshire FA Senior Cup with a composed victory.

The Stags started the brightest in an engrossing encounter, taking an early lead through former Boro’ forward Ryan PENNERY who converted his penalty after Gwengwe was felled.

This seemed to wake up the home side and, after a few chances slipped away, they drew level as Matthew PATERSON rose highest to nod past Lewis Noice.

After the break, Jordan NGALO restored Totton’s lead with a sublime effort from a distance that had Ellis Grant rooted to the spot.

The away side weathered an onslaught of second-half pressure from Gosport to see out the victory, securing a place in the fourth round.