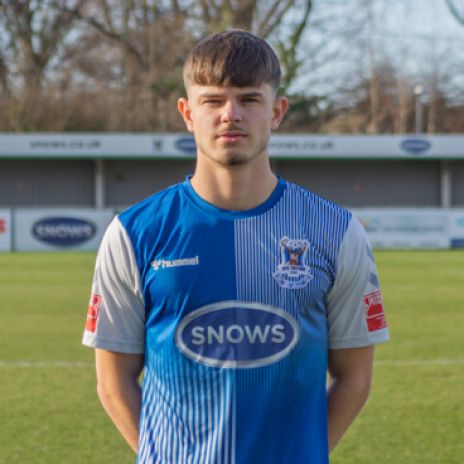 A creative midfielder in the mould of Philippe Coutinho, Jake was only 7 years-old when he joined the Southampton FC Academy, where he stayed for five years before switching to AFC Bournemouth when his family moved from Basingstoke to Dorset.

Hard-working, skilful in one-v-one situations and a dead ball specialist, Jake was part of the AFC Bournemouth U23 squad that won the Hampshire Senior Cup in 2021, although he did not feature in the Snows Stadium final.

He joined Wessex League Premier side Alresford Town on a temporary basis to maintain his match fitness before signing for AFC Totton at the end of January 2022 until the end of the season, amid rumoured interest from professional clubs such as Chelsea and Queens Park Rangers.

Blessed with the skill to unlock even the most stubborn defences, 2022/23 is set to be a big season for the talented young playmaker.