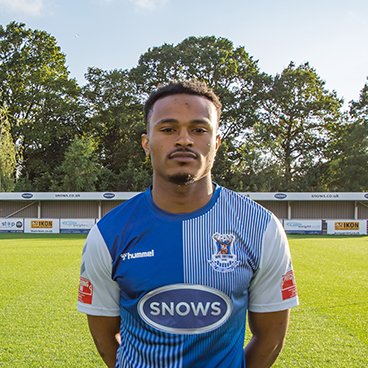 Hisham KASIMU opened the scoring in the second minute, slotting into the bottom corner, and doubled the Stags’ lead with a long-range effort after a defensive miscue.

He completed a first-half hat-trick with a delightful finish beyond the onrushing keeper.

The second half began the same way as the first, Freddie READ hammering home from close range, before KASIMU buried his fourth and Totton’s fifth.

Ethan TAYLOR’s immaculate touch, turn, and finish made it 6-0, and the scoreline could have been heavier were it not for a strong debut performance from Luke Joseph in the Barnstaple goal, with Totton rattling the woodwork on multiple occasions as well.