A Brief History of AFC Totton (The Stags)

AFC Totton came into existence due to the amalgamation of Totton FC and Totton Athletic in 1974/75. The Stags started life in Hampshire League Division Two and that is where they remained until 1979/80. That season saw the Stags finish in 2nd place behind Horndean and this saw the club promoted to Hampshire League Division One, which was then Step 4 of the non-league pyramid.

The following season (1980/81) saw the Stags win the Southampton Senior Cup, However, the achievements of the 1981/82 season will remain long in the memory of those older Stags supporters. Trevor Parker’s side unbelievably won the Hampshire League Division One title, the Russell Cotes Cup, the Southampton Senior Cup, the Echo Trophy, the Reg Mathieson Trophy and the Hampshire Intermediate Cup! 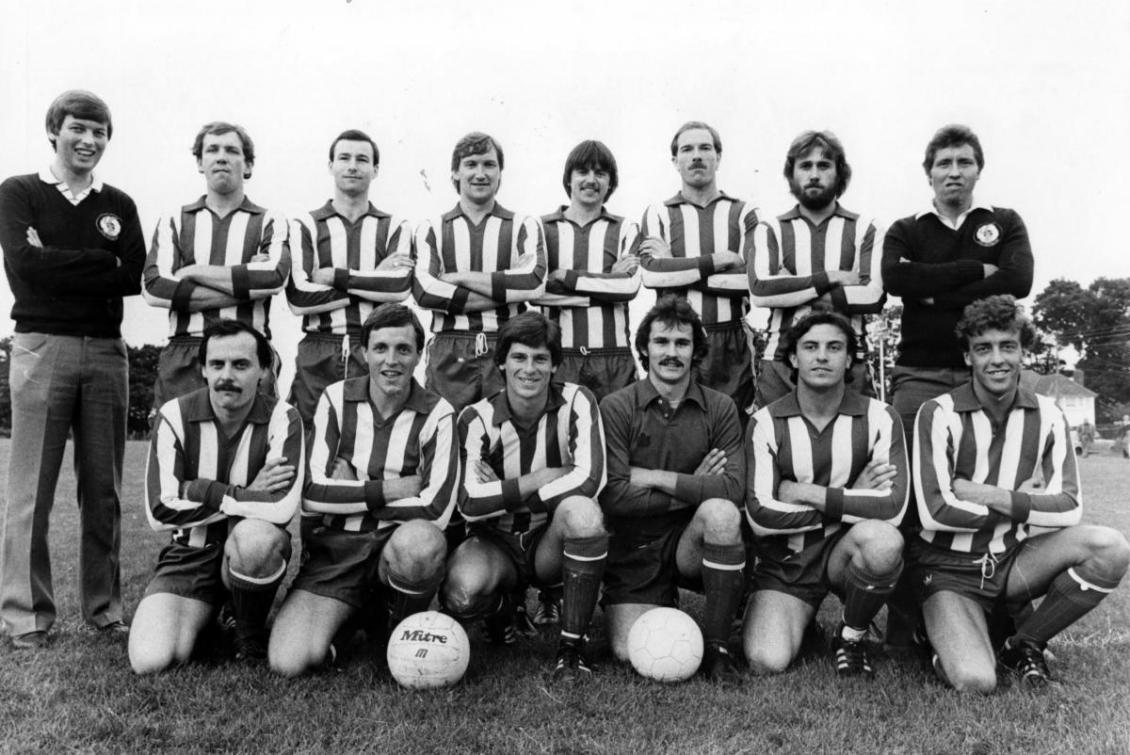 The following season 1982/83 saw the club retain the Hampshire Intermediate Cup. Then in 1984/85 the Stags won their 2nd Hampshire League Division One Championship in four years, finishing two points above their city rivals Sholing sports.

In 1989/90 AFC Totton were the Wessex League Cup winners, but it took a decade for more silverware to arrive at Testwood Park and it came in the shape of the Russell Cotes Cup when they defeated Moneyfields 1-0 in the final.

Stuart Ritchie was building quite a side at Testwood Park and in 2006/07 the club pulled off quite a feat by reaching the final of the FA Vase at Wembley Stadium. Unfortunately, the Stags were beaten 1-3 by Truro City in front of a record final crowd of 36.232, 17.000 supporters travelled up from the Town to give the Stags terrific backing. In the same season Totton were pipped to the Wessex Premier League title, after finishing Runners up to Gosport Borough by just one goal! 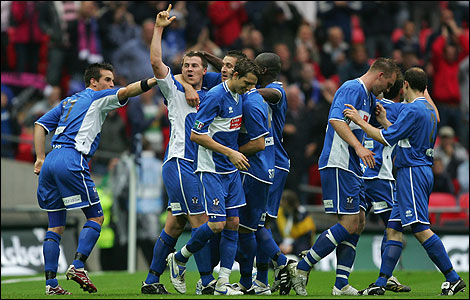 Totton made amends the following season (2007/08), by going one better and winning the Wessex premier League crown, The Stags finished on an incredible 106 points! In securing the Wessex League championship the club won promotion to the Southern League for the 1st time in their history.

In 2009/10 Stuart Ritchie’s side won the Hampshire Senior Cup, beating Aldershot Town 4-0 in the final at Dean Court. The following season (2010/11) The club secured promotion to the Southern Premier Division by winning the Division One South & West title, The Stags also retained the Hampshire Senior Cup by beating Sholing 3-1 at St Mary’s. The 2010/11 season will also be fondly remembered by the club’s supporters for seeing their Stags side reach the FA Cup 2nd Round Proper. The club were eventually knocked out by League Two Bristol Rovers live on National TV. 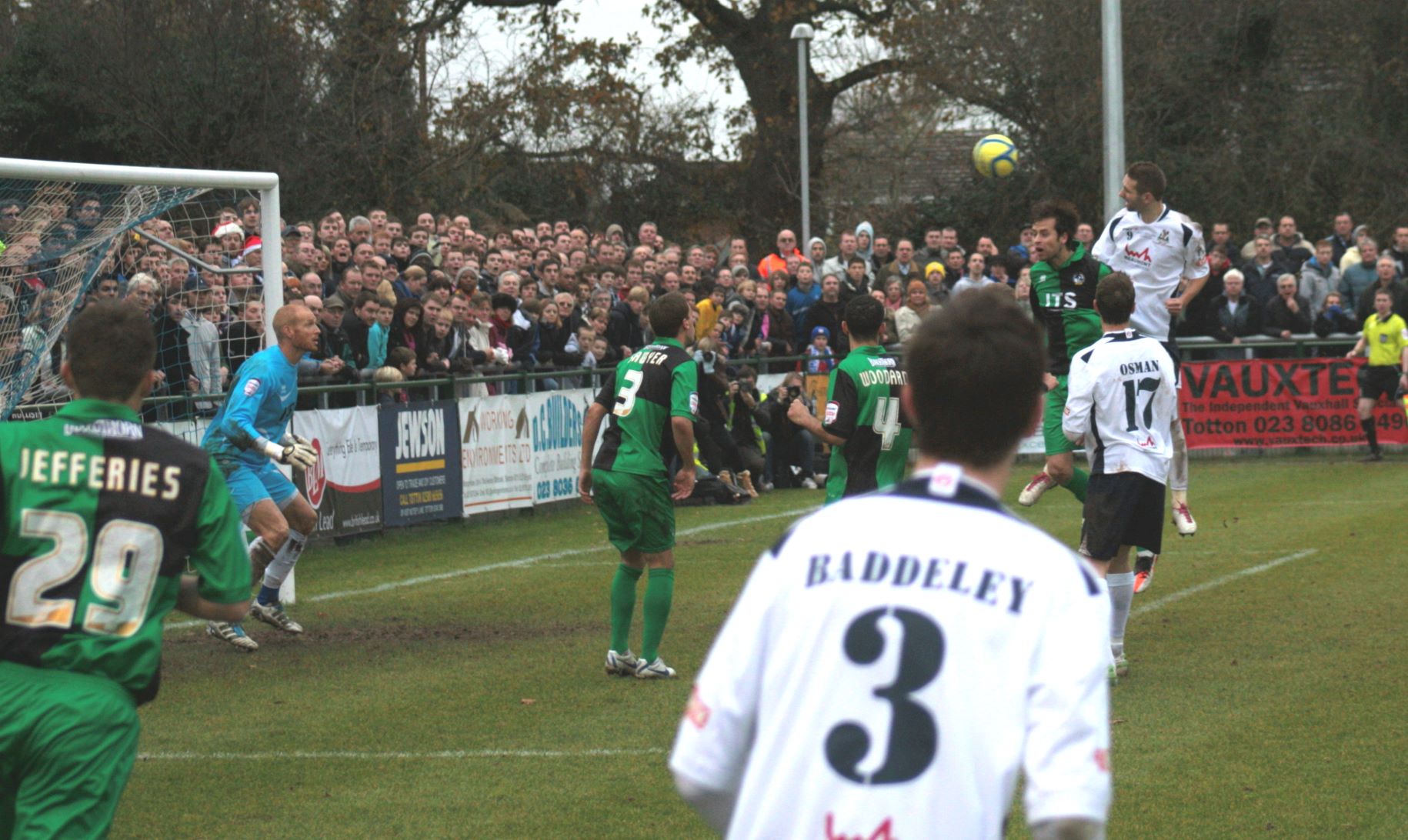 A full 40 years after their last success in the competition, the Stags lifted the Southampton Senior Cup at the end of the 2021/22 season. They amassed 32 goals in five games on their way to the final, knocking Bashley, Durley, Hedge End Town, Hamble Club and Winchester City out on their way to the Final at Soouthampton's St. Mary's Stadium.

After a tightly-contested first 45 minutes, second-half goals from striker Hisham Kasimu - his 30th of the season in all competitions - and midfielders Freddie Read and Lewis Waterfield saw them overcome Folland Sports from the Wessex League Division One in front of a crowd just shy of 1,100. Veteran striker Brett Williams made his 100th appearance for the club but his first ever as a goalkeeper, having been drafted into the No.1 jersey in response to an injury crisis that had three keepers all out at once. 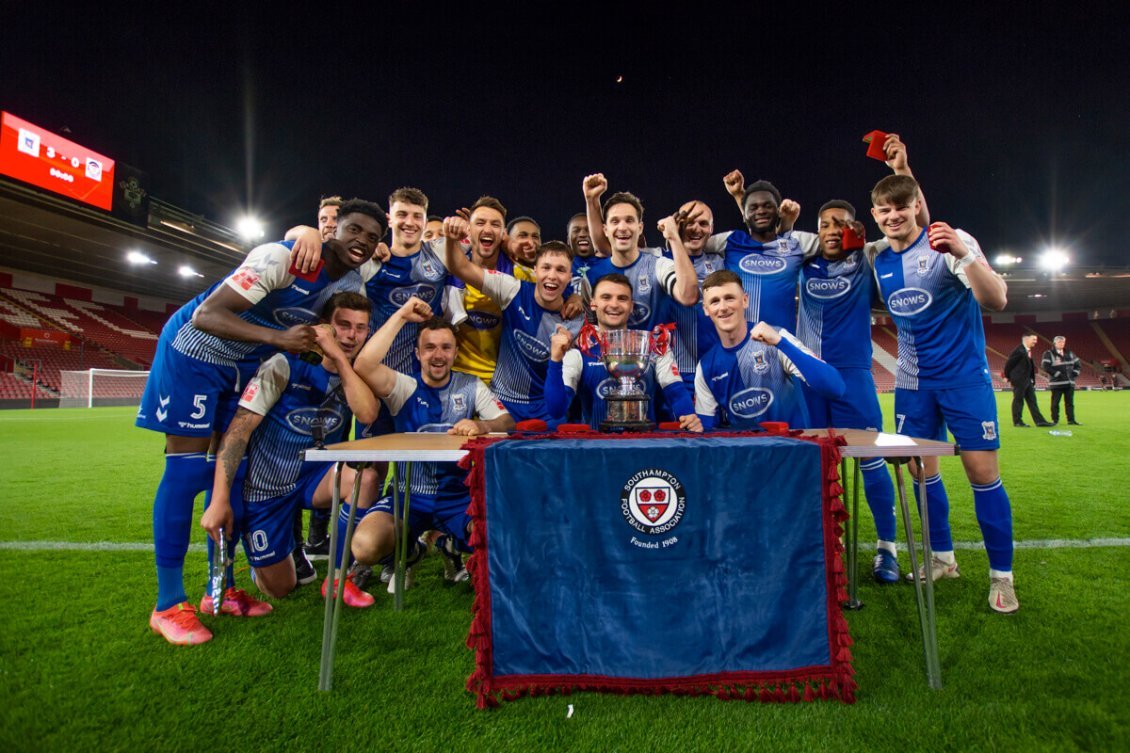