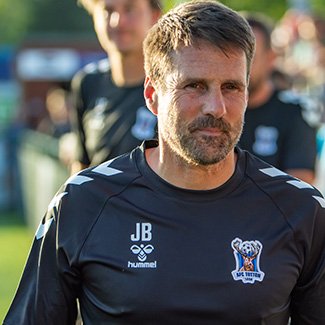 Jimmy Ball joins the Stags from EFL League Two club Stevenage, where he was the Assistant Manager to former Southampton player Paul Tisdale since January 2022. Last season, as Interim Manager of Forest Green Rovers, he took them to the semi-finals of the League Two Promotion Play-Offs, having previously coached their Under-18s.

The son of England 1966 World Cup-winner Alan Ball, he was a player in the youth academies of Exeter City and Southampton during his father’s managerial stints at the two clubs, before playing for BAT Sports. He moved into coaching at Christchurch, before joining the backroom staff at Portsmouth and moving on to Dublin-based League of Ireland club, Shelbourne. After a spell in the United States, Ball returned to England to coach in the academies at Blackburn Rovers and Stoke City. He joined Forest Green Rovers in April 2021.

Ball joins the Stags in a full-time capacity. His role will include overseeing all of the Club’s football operations, in addition to managing the First Team.

A former Southampton youth player until suffering an ACL injury, Paul played for Dorchester Town, Havant Town, Salisbury and Waterlooville (later, Havant & Waterlooville), and he was an integral part of The Hawks side that won the Southern Football League Southern Division title in 1998/99.

After hanging up his boots, Paul became AFC Totton’s First Team Coach under Stuart Ritchie and Sean New. The Stags made it all the way to Wembley for the FA Vase Final and finished runners-up in the Wessex League Premier Division in 2006/07, going on to win the title and gain promotion the following season.

Paul briefly managed Folland Sports before moving to Lymington & New Milton in 2009. In 2016, he took Winchester City to the Southern League Div.1 South & West Promotion Play-Offs. Then, after a break from football, he returned in 2019/20 as joint-manager of Lymington Town with Dave Lewis in the Wessex League Premier Division, gaining promotion a year later before achieving Step 4 safety in 2021/22. 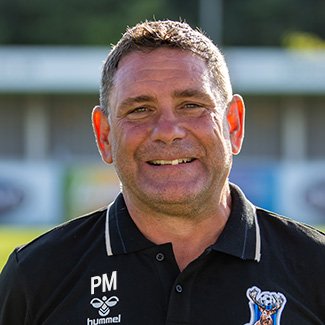 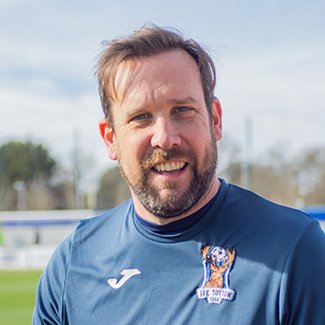 Steve played as a goalkeeper for Bashley, Totton & Eling and Romsey Town before retiring and becoming Goalkeeper Coach at AFC Totton for the first time in 2013.

He became the Stags' Caretaker Manager in March 2015 and was given the job on a permanent basis a month later. His reign in the hot seat latest for 18 months, though he later returned to the Club as Goalkeeper Coach under Louis Langdown.

In the summer of 2019, Steve joined the former Leicester City and Portsmouth striker Steve Claridge's management team at Salisbury FC, before returning to the Snows Stadium in February 2022 for a fourth spell.

Andy was part of former AFC Totton manager Glenn Howe’s management team for five seasons whilst at Blackfield & Langley, before following him to join the Stags.

A diploma-qualified soft tissue remedial therapist, Andy comes from a junior football and basketball coaching background with 16 years' experience of coaching in the local area. 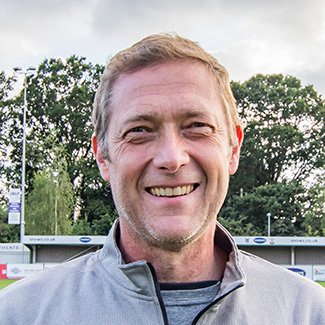 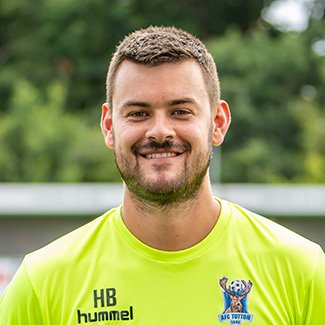 Formerly a youth player at Southampton, Harry had been out of the game for several years before he began to assist then-Stags boss Dan Sackman during the First Team’s training sessions and on matchdays in 2021/22. He was also a member of the AFC Totton Sunday squad that achieved a League & Cup Double, which included a cameo appearance at left-back in the Final of the Southampton Sunday Senior Cup at the Snows Stadium in May 2022.

Jimmy Ball invited Harry to continue as a member of his backroom team, and he took over as Kit Manager from the long-serving Adam Laurenson, who had to accommodate new work commitments, in time for the 2022/23 season.

Studying for his UEFA Coaching Licences, Harry has taken on coaching responsibilities for various teams throughout the Club, including the new-look Sunday side, the FA Youth Cup team that was drawn from several Young Stags teams, and operating as a Caretaker-Manager for Totton & Eling during a managerial reshuffle.