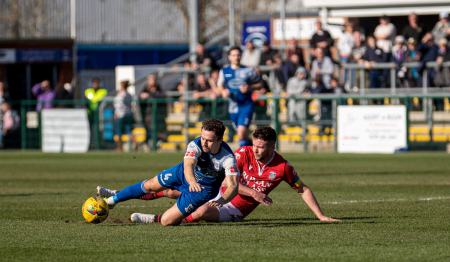 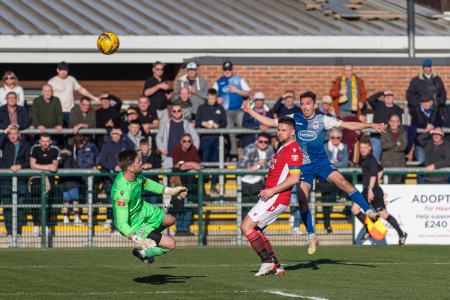 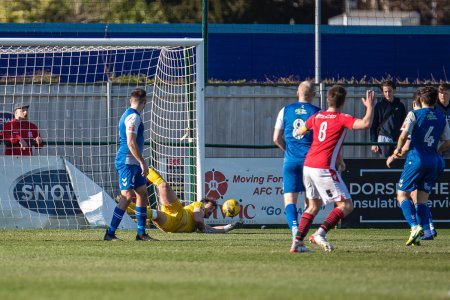 Bristol Manor Farm performed a smash and grab to all but end AFC Totton’s title challenge.

Following a disjointed opening, Jake Adams had a free-kick saved with Hisham Kasimu blasting the rebound over.

The visitors cranked up the pressure, making it pay when Ben BAMENT curled past a scrambling Lewis Noice.

After the break, Brett Williams could have had a quick-fire hat-trick, if not for John’s heroics.

The introduction of Freddie Read changed the game, with KASIMU levelling things up, firing into the bottom corner.