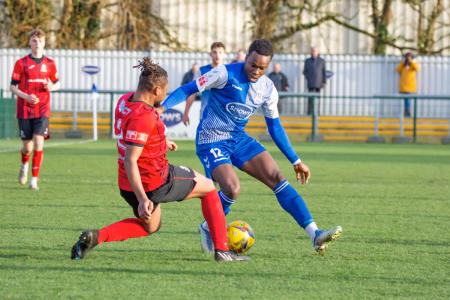 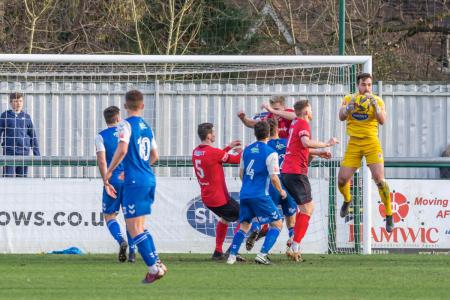 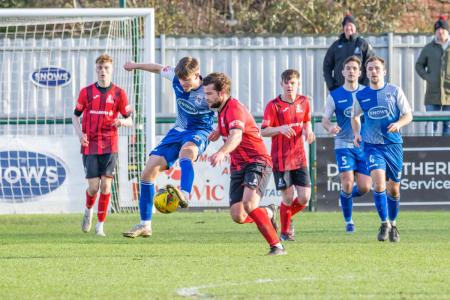 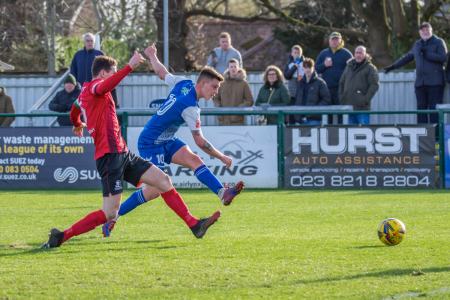 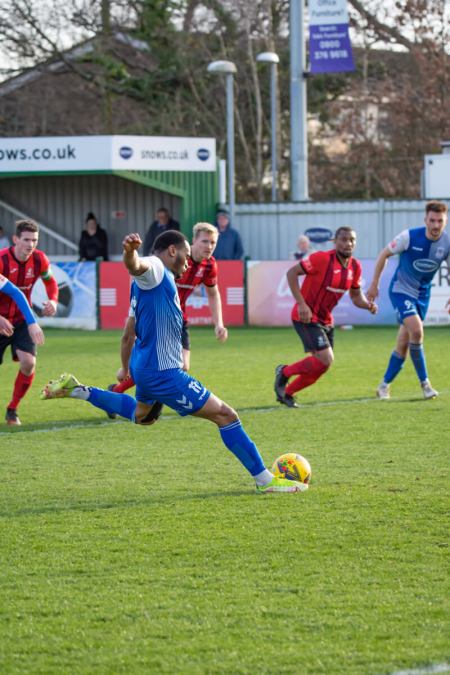 In a battle between two of the league’s top four sides, AFC Totton boosted their promotion hopes and dealt a blow to Cirencester Town with a hard-fought 1-0 victory.

The two sides both had early forays forward without much result, with the best chance falling to the formidable figure of Nicholas Peare for the visitors, but his headed effort went over the bar. The Stags grew into the contest, and Ethan Taylor ran a delightful one-two with Hisham Kasimu, but he could only steer his effort wide. Kasimu nearly scored soon after, a rasping drive narrowly off-target, but neither side could break the deadlock as they went into half-time goalless.

The second half saw the hosts go from strength to strength, as Taylor had a goal ruled out for offside before having a powerful shot beaten away by the travelling goalkeeper Alexander Harris. The pressure told soon after as Taylor won a penalty after a mistimed challenge just inside the area. Hisham KASIMU showed nerves of steel from the spot to pick out the bottom right corner.

The Centurions almost equalised late-on but Lewis Noice pulled off an incredible reflex triple-save from a corner to maintain the hosts’ lead, and the Stags made a number of strong challenges while rebuffing the visiting forwards, as they whittled down the clock to ensure a hard-earned victory and a valuable three points.