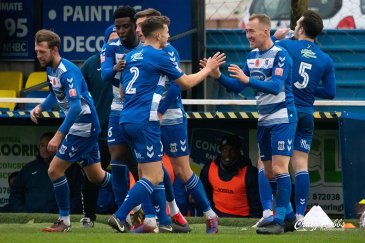 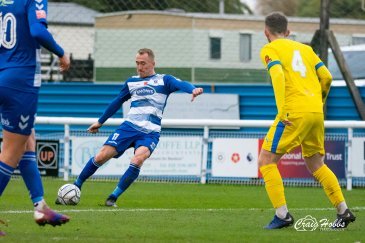 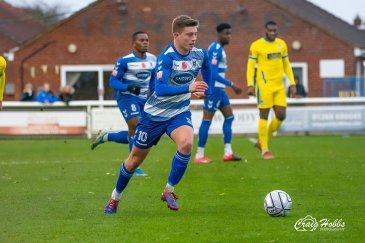 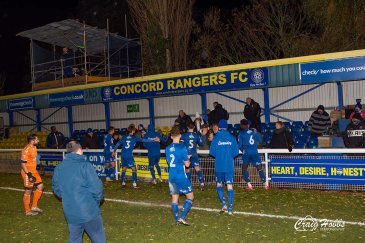 With the wind at their backs, the relentless Stags pressed their opponents high up the pitch and gained early rewards, Ethan TAYLOR breaking the deadlock with a drilled left-footed effort across the keeper. The visitors didn’t rest on their laurels, and continued to dominate the National League South side as Sam GRIFFIN doubled their advantage through a deflected effort. GRIFFIN scored the Stags’ third as well, his shot proving too powerful for home keeper Myles Roberts.

Totton were against the elements in the second half, but their goalscoring form did not let up, as a recycled ball from a corner found Ade Olumuyiwa who poked through for Hisham KASIMU to stab home from close range. Adam TOMASSO added gloss to the scoreline a few minutes later, stooping  to meet Taylor’s cross with a brilliant flicked header.

The Beach Boys attacked with more intent as the game wore down, but Totton defended resolutely in numbers, with Amadeusz Skrzyniarz pulling off some superb saves, before the final whistle blew on an unforgettable encounter for the rapturous visiting support. The Stags now enter the draw for the third round for the very first time.