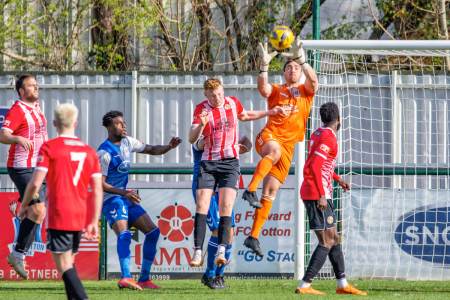 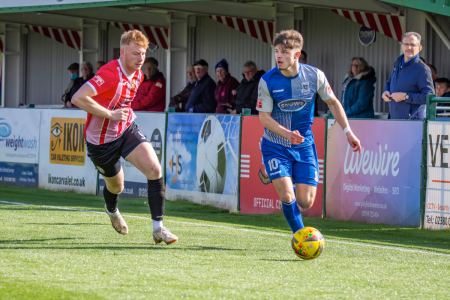 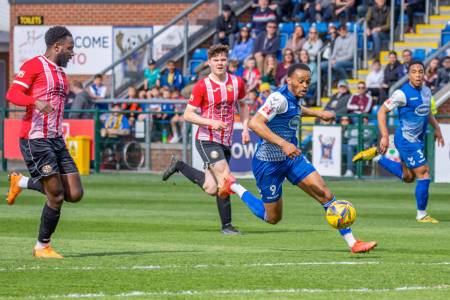 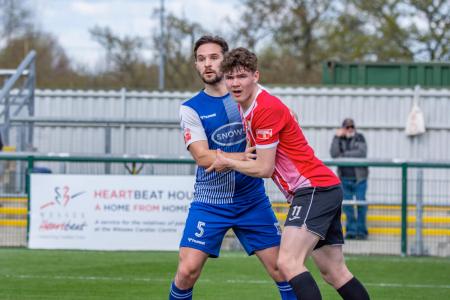 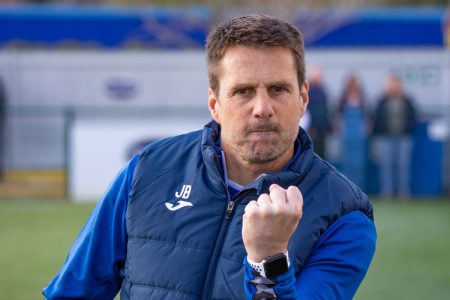 AFC Totton kept the pressure on in the play-off race with a battling 1-0 victory over Evesham United.

Both sides squandered chances to score in a breathless opening few minutes. Totton’s Hisham KASIMU then capitalised on a poor pass, winning a penalty which he coolly converted.

The Stags’ task was made tougher midway through the first half as captain Harry Medway received his marching order for a second bookable offence.

Evesham saw more of the ball from that point forwards without ever truly threatening goalkeeper Lewis Noice, and were boosted when Ben Jefford saw a straight red late on for Totton.

However, the nine men of the hosts defended doggedly to thwart the Robins and escape with the three points.