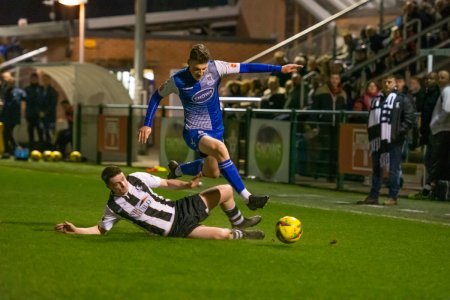 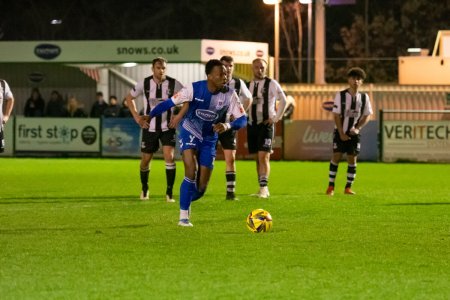 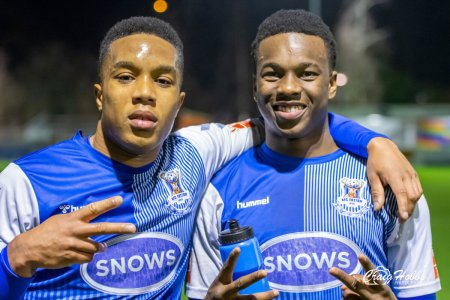 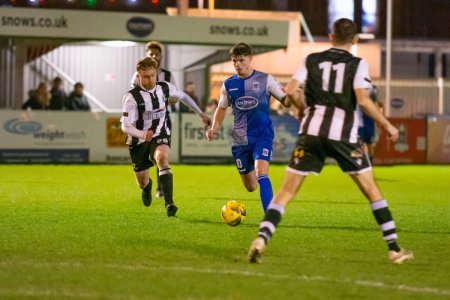 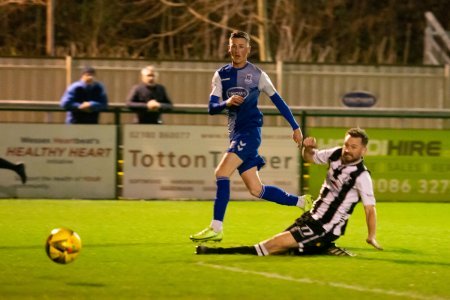 The Stags were dangerous from the start, with Shaquille GWENGWE opening the scoring before Jack HOEY doubled the hosts’ lead. Woody ANGELL scored his first goal for the club before HOEY and GWENGWE both found the net again for a 5-0 half-time lead.

Totton continued the onslaught in the second half, Jordan RAGGUETTE making it six before HOEY and GWENGWE completed their hat-tricks. Jake ADAMS scored his first Stags goal to make it 9-0, before GWENGWE and HOEY grabbed their fourth goals and ADAMS rounded off the scoring on brilliant home performance.

Totton return to league action this weekend against Willand Rovers.