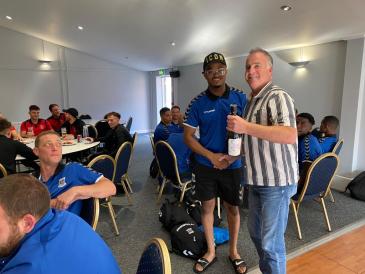 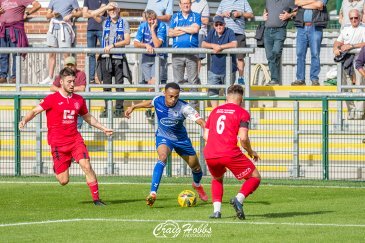 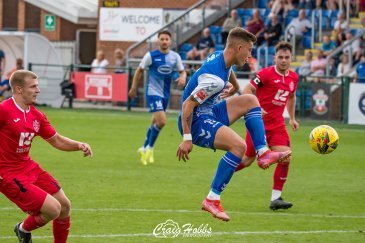 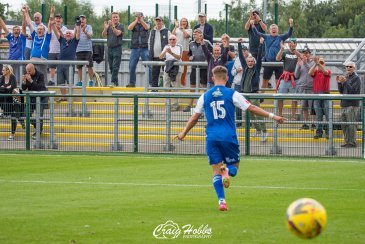 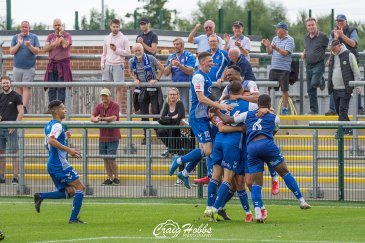 AFC Totton have climbed to the top of the Southern League Division One South table after leaving it late to secure all three points against a stubborn Highworth Town.

The Stags dominated the early exchanges, as the lively Jack Hoey caused havoc from the left side, crossing just behind an onrushing Hisham Kasimu.

Shortly after, HOEY got his name on the scoresheet after a pinpoint cross enabled him to blast home from 6 yards.

After the goal, Highworth resurrected their performance, as Rob Dean should have made more of Felipe Barcelos’ cross.

A cynical challenge from Ade Olumuyiwa earned him a caution before Lewis Noice was forced into an exception save from Jones’ venomous shot from distance.

The home goalkeeper was given yet more work to do early in the second period, turning Barcelos’ curling effort past his far post.

Against the run of play, Highworth got on level terms when CASE rose unchallenged to head a corner past Noice to equalise.

This seemed to wake up the Stags, resulting in an onslaught of attempts on Clapp’s goal, most notably from the boot of Jordan Ngalo.

The introduction of Ethan Taylor was a key moment and changed the complexion of the match, as he provided a cross for Sam Griffin to head over.

As the game looked like it was going to end all-level, TAYLOR put Totton ahead on 82 minutes, sending the Snows Stadium into rhapsody.

However, the home side were not finished, with man of the match Hisham Kasimu being felled by Clapp, giving the Stags a chance to add more gloss to the scoreline from the spot.