There was a minute’s silence before today’s kick off to remember the people affected in Plymouth after that dreadful incident Thursday evening. 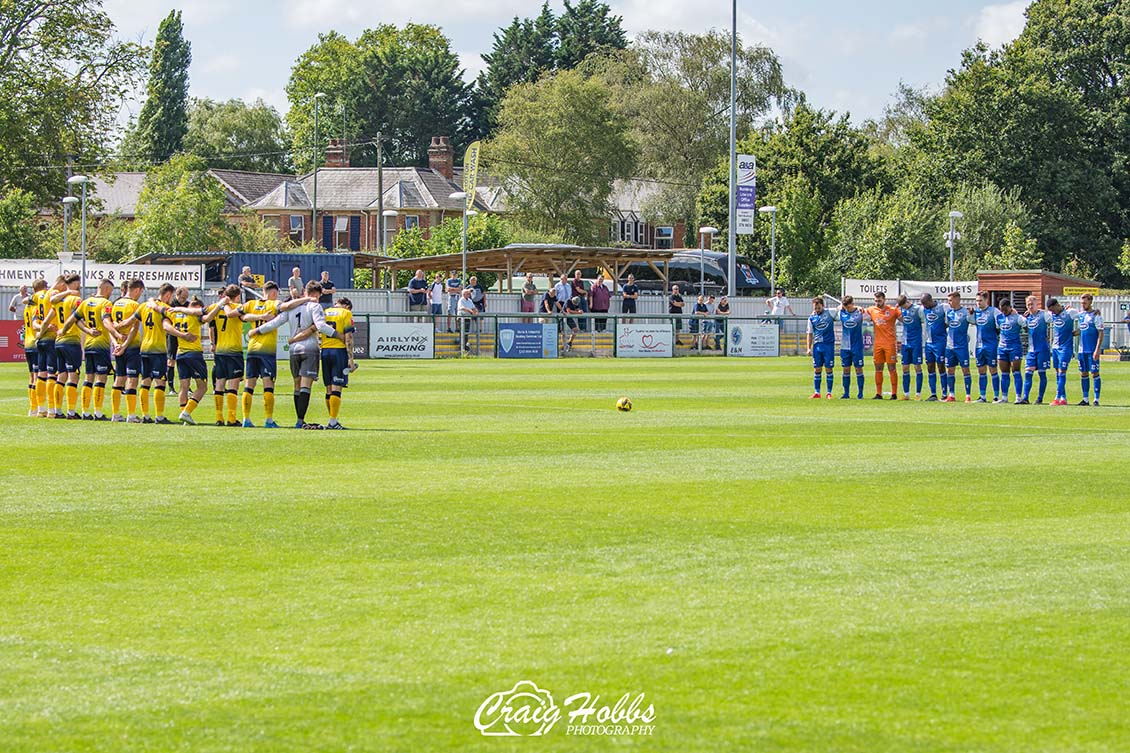 The Stags secured a tight win over Division One South new boys, Plymouth Parkway, at a resplendent Snows Stadium in Totton.

Plymouth Parkway, who are one of the favourites to be champions this season, were strong, well-drilled and determined but failed to capitalise on a few key moments in the match that were matched by some equally determined Totton defending.

A solitary Jack Hoey penalty was all that separated the two sides in a fraught game. 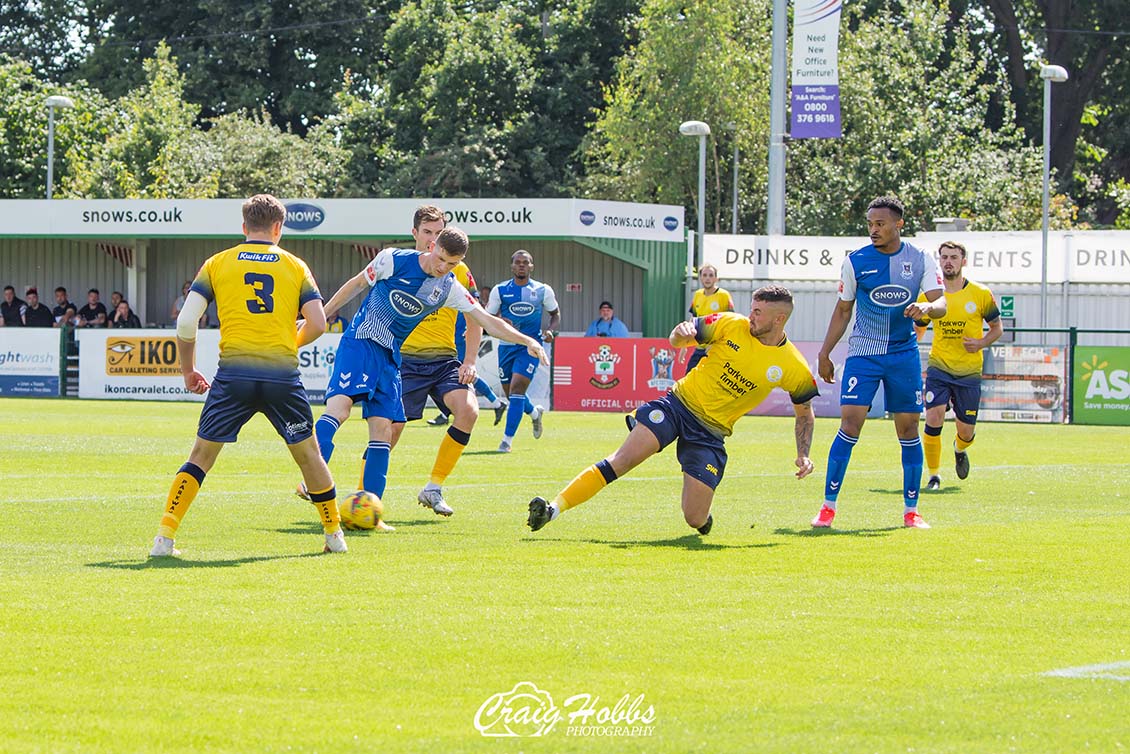 Totton started the match at a frenetic pace, creating many early chances, including an Adam Tomasso header that went agonisingly wide. However, the best chance fell to Jordan Ngalo, who thundered the outside of Kyle Moore post with a sharp half-volley. Parkway came back into the game and saw a Thomas Bath header fly well over after a superb cross.

After Hoey had a strong penalty claim turned away, Totton would win a spot kick when Hisham Kasimu was brought down by Moore, who had flown out of his goal and was cautioned in the process. HOEY slotted a powerful penalty beyond him, low to the left of the goal, to give the Stags a half-time lead. 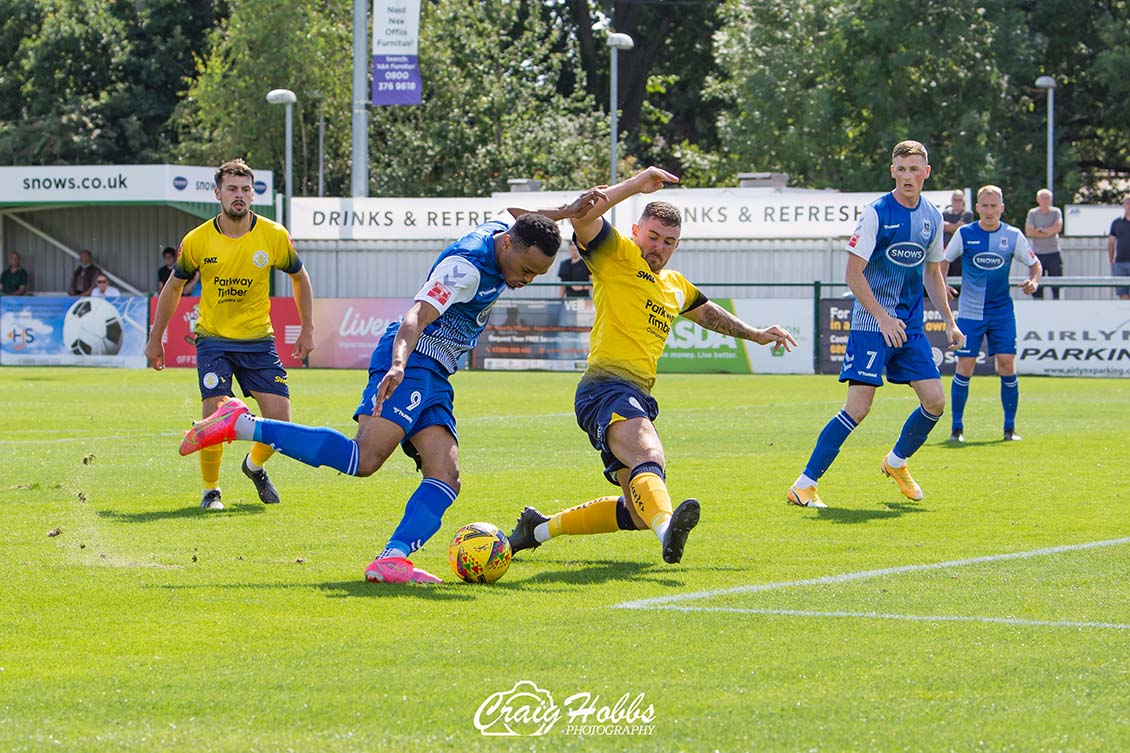 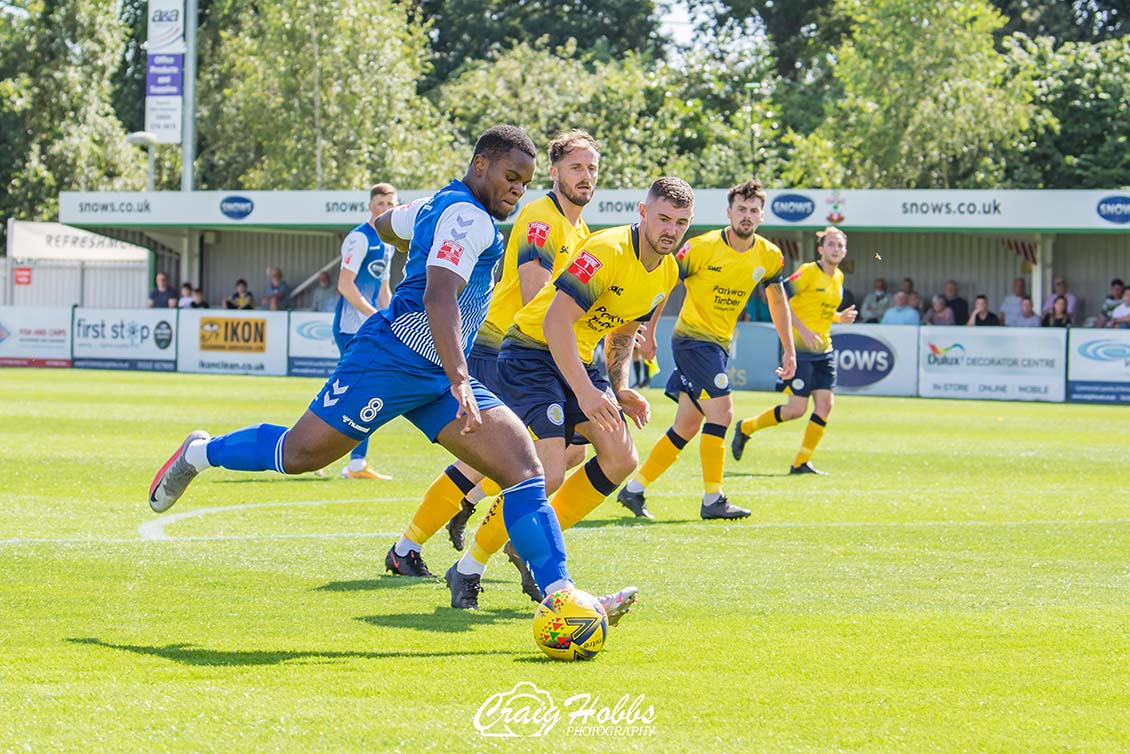 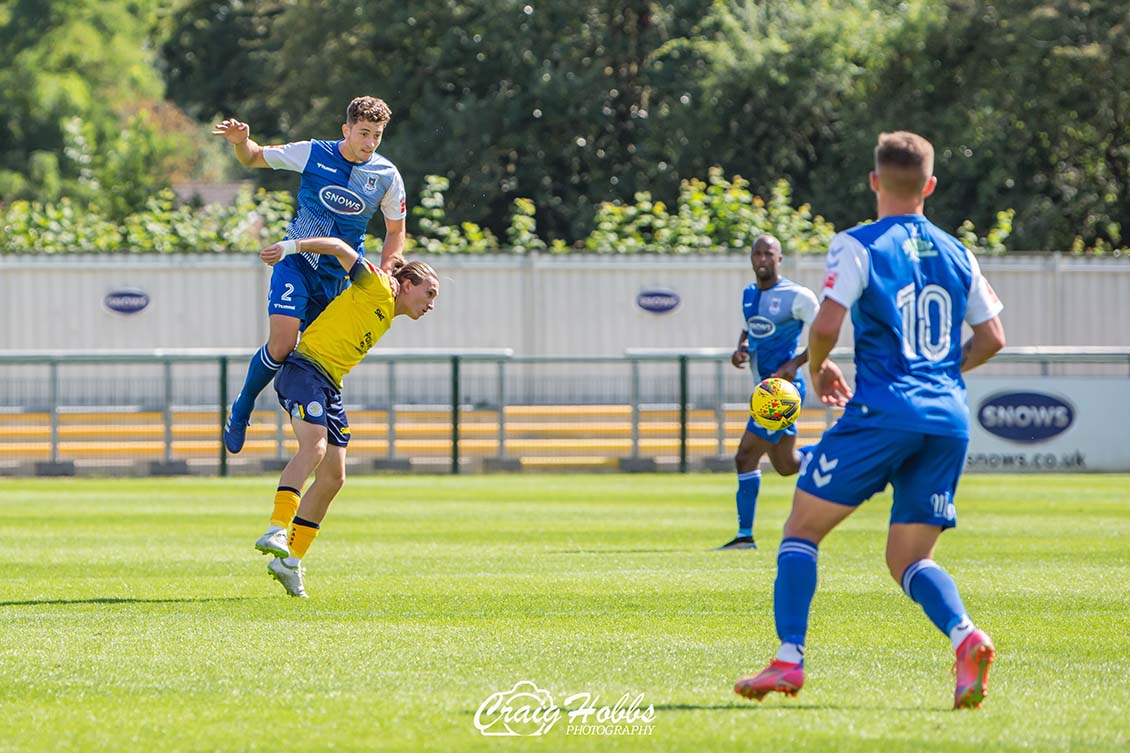 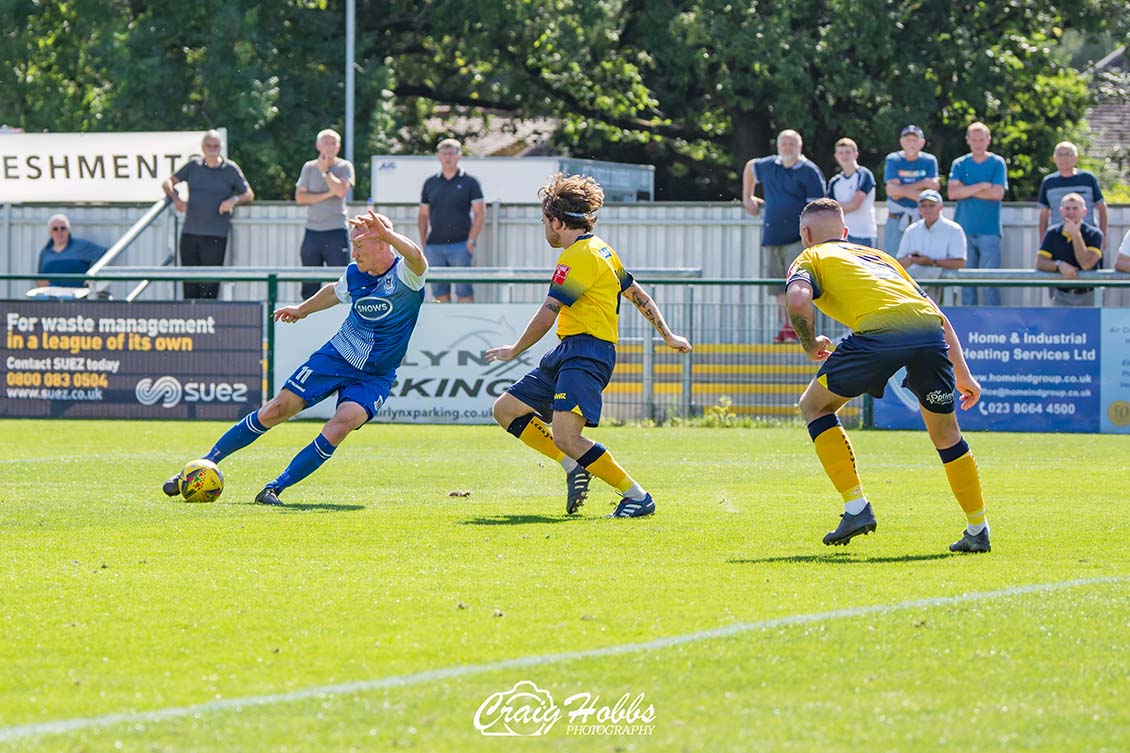 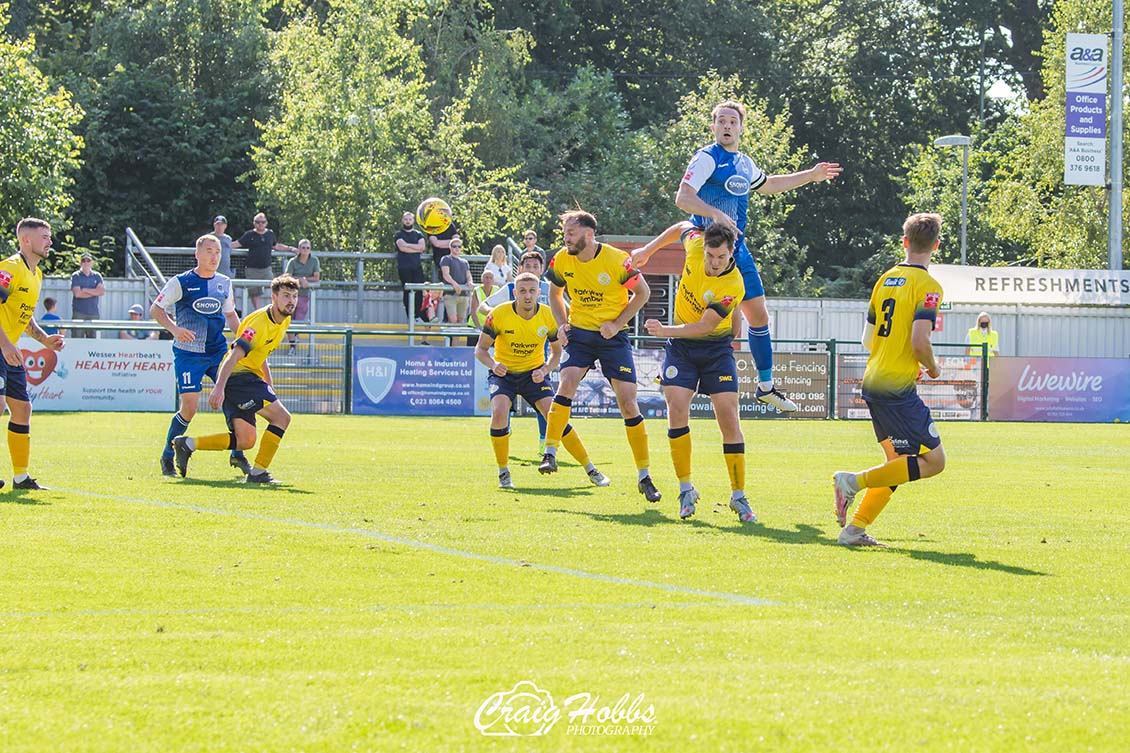 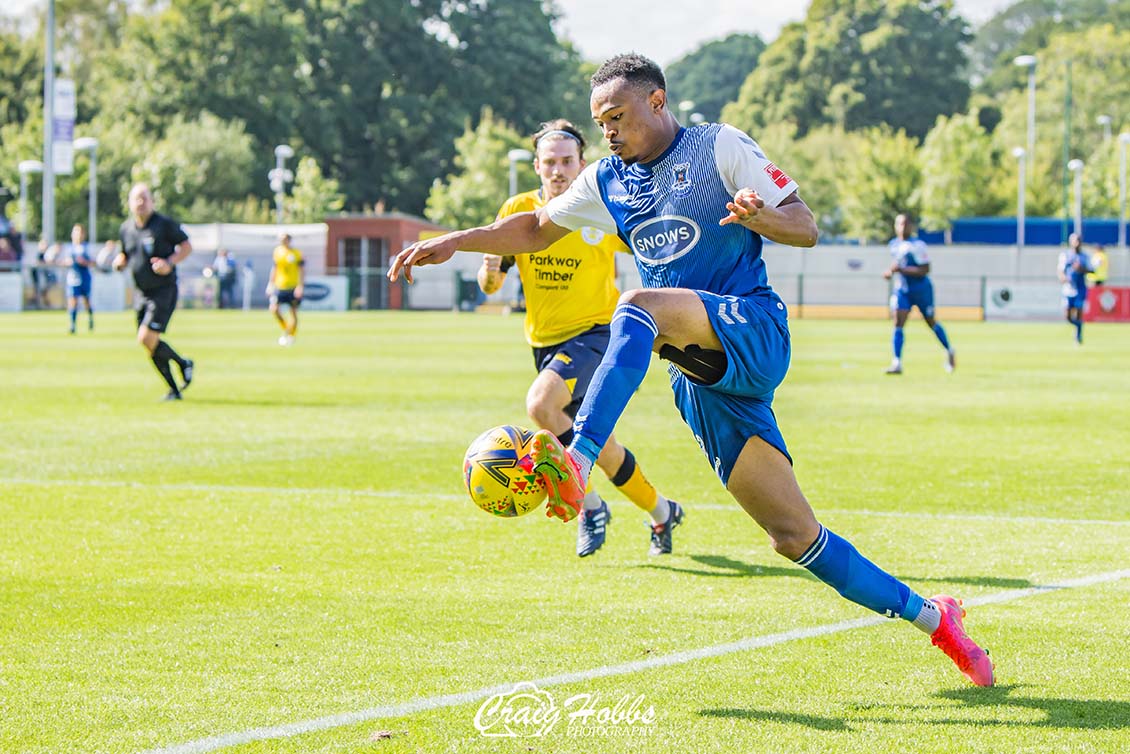 Plymouth started the second period the strongest, forcing Lewis Noice into a bold save before Jordan Ngalo was booked for an accumulation of fouls. Aaron Bentley was booked for the Yellows for a cynical handball, stopping Griffin from progressing into the box, with Parkway registering a flow of corners in response. The away side then had a goal disallowed for a push in the box before River Allen sent a free-kick over Noice’s bar.

Another meaty challenge earned Jefford a late yellow card, but it did not change the direction of the match, with Totton starting the season with a win and Parkway ruing missed opportunities on their long journey back to Devon.

MOM was given to Adam Tomasso for a fully committed display in midfield. Another stand out player for Totton also included Hisham Kasimu, who won the penalty and was a menace in the Plymouth area for most of the game, combined with his rapid pace, which led to a number of good chances to score.