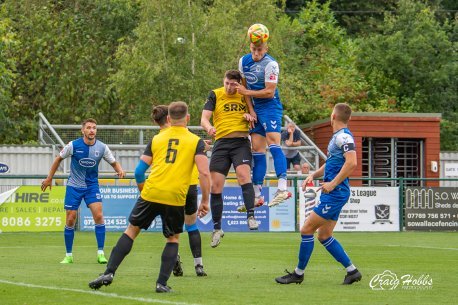 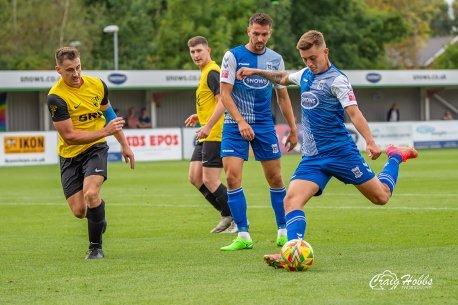 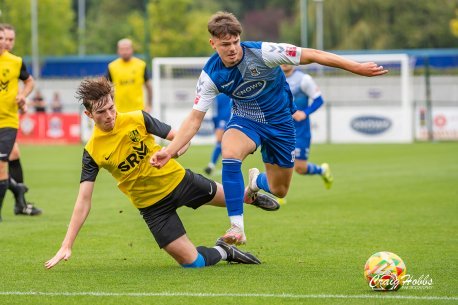 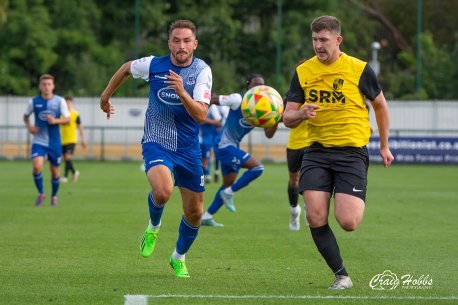 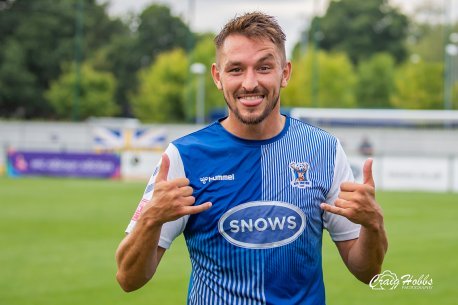 Brett Williams catapulted AFC Totton into the FA Cup Second Round Qualifying stage as they swept past Western League side Wincanton Town.

Wincanton were officially the home side for the tie, despite the match being played at the Snows Stadium due to essential drainage works at the Wincanton Sports Ground.

Goals from Charlie Kennedy, Scott Rendell (2), Jake Adams and five-goal Williams secured a comfortable passage into the hat for the next round.

Central defender KENNEDY opened the scoring, converting an exquisite effort from 18 yards, before WILLIAMS got his first of the day, curling past the helpless travelling keeper, Arthur Nasta.

He tapped home his second from less than a yard after a jinking run from Adams.

The former Reading man completed an eleven-minute hat-trick with a stunning long-range shot as the Stags raced into a 4-0 half-time lead.

The boys in blue continued in the same vein in the second period; a brilliant Scott RENDELL finish made it five before the visitors shocked the Snows Stadium crowd, scoring a consolation through Connor WILLIAMS.

It was not long before Totton restored their lead with RENDELL slotting home for his second and the Stags’ sixth. Dan WISE doubled the Wasps’ haul, bringing the scoreline to 6-2.

WILLIAMS bagged his fourth, tucking into the bottom right corner, only to add another with twelve minutes to go; hammering the ball home from long range despite Nasta’s attempted save.

Adams completed the rout with a tidy chest and volley after Kennedy’s cute flick-on; the ball slamming off the advertising hoarding.

Though disappointed to concede two goals, Jimmy Ball praised his team’s performance, emphasising “The game today was all about the attitude and how we approached it. I can’t fault the lads; I thought they were excellent. I’m really pleased they didn’t slack off in the second half.”

Both teams were rewarded with hearty applause as they left the field with the Stags marching into Monday’s draw.