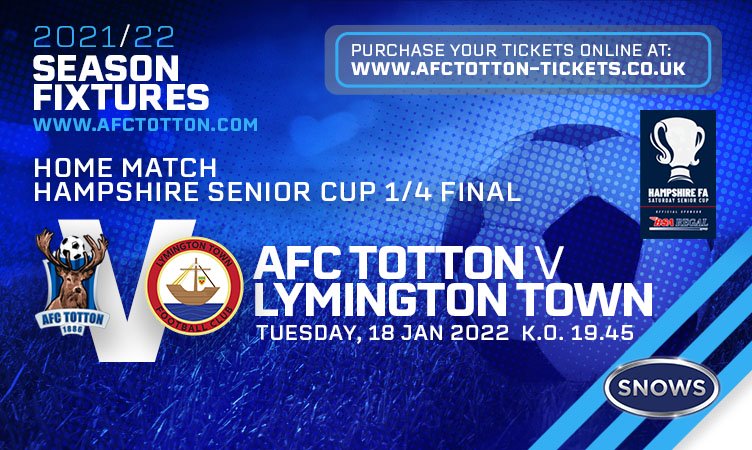 THE MATCH AGAINST LYMINGTON TOWN IN THE HAMPSHIRE SENIOR CUP HAS BEEN CANCELLED DUE TO LYMINGTON BEING UNABLE TO RAISE A TEAM. We await the decision of the Hampshire FA regarding whether AFC Totton will be awarded a Walkover or the match will be re-arranged. Please accept our apologies for the late cancellation (Tuesday 18 January 2022).

There will instead be an open training session on the Snows Stadium pitch, which fans are invited to come and watch. The bar and restaurant will be open.

Next Up! Senior Cup Quarter-Final action at the Snows Stadium. The Stags will again face league opponents and local rivals Lymington Town in what is set to be a fiesty affair.

Tickets are on sale now - don't miss this one! https://afctotton.ticketco.events/uk/en 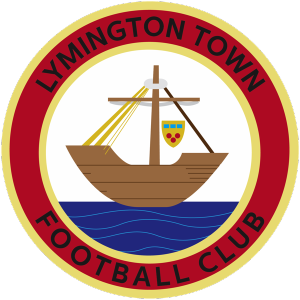 This Hampshire Senior Cup Quarter-Final will mark the fourth meeting between AFC Totton and Lymington Town this season, and the third to take place at Snows Stadium.

AFC Totton’s 4-0 win at the Lymington Sports Ground, in the first of those encounters at the end of August, was a little flattering to the away side. By general consensus of the Stags fans who attended the game, Lymington had the better of the early exchanges and but for some wasteful finishing and a couple of smart saves by Lewis Noice, they might well have taken the lead. But Ethan Taylor’s impressive 21st-minute opener was followed four minutes later with a Jack Hoey penalty and Totton didn’t look back, adding further goals in the second half through Taylor and a Toby Stephenson own goal (although, the Southern League website is now crediting Sam Griffin).

The second meeting was in early November, when a single goal three minutes from time by substitute Freddie Bullard was enough to dump AFC Totton out of the Southern League Challenge Cup in a match that had something of “After the Lord Mayor’s Show” about it, coming so close on the heels of our memorable win against Dorchester Town in the FA Trophy in Dan Sackman’s first match in charge. 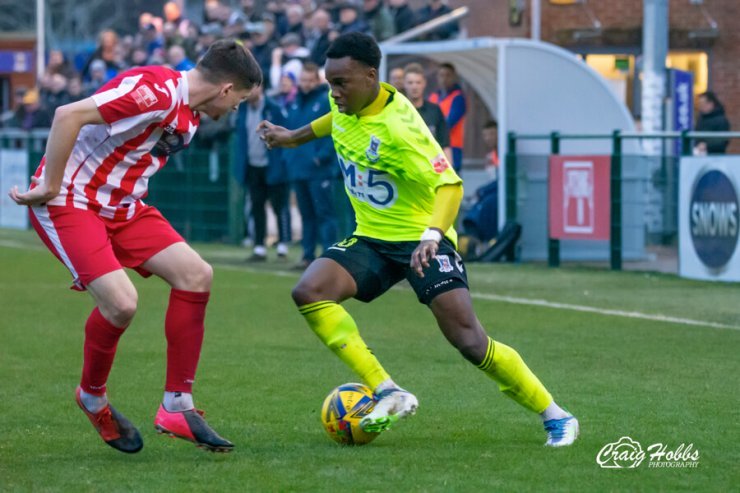 Shaquille Gwengwe was on target against Lymington Town in the most recent meeting between these two sides at the Snows Stadium.

The match that took place at the Snows Stadium on the day after Boxing Day was heavily influenced by the first-half dismissal of the Linnets’ skipper Nathan Hurst for an unnecessary two-footed lunge on Ben Jefford, who had to be substituted. The Stags exploited their numerical advantage to the fullest, with goals from Jordan Ngalo, Shaquille Gwengwe, two from Jack Hoey and one each from Sam Griffin, Hisham Kasimu and Harry Medway, his first of the campaign, to complete a 7-1 mauling.

Lymington’s form since then has been poor. Like Totton, they saw 2022 in with a defeat to Winchester City and the arrival of on-loan Stag Brett Williams couldn’t prevent them going down 2-5 at home to high-flying Sholing. Their 3-5 elimination from the Russell Cotes Cup at Moneyfields last Tuesday would have been an unexpected defeat and means they have conceded a total of 18 goals in their last 4 matches.

Williams will be with Lymington until the beginning of February for their matches against Evesham United, Melksham Town and Larkhall Athletic, as he bids to build up his match fitness and ready himself for the end of season run-in, starting with the trip to Frome Town on 05 February. He is not eligible to play against AFC Totton in this match, which was originally drawn to be played at Lymington but was switched as part of the loan agreement. 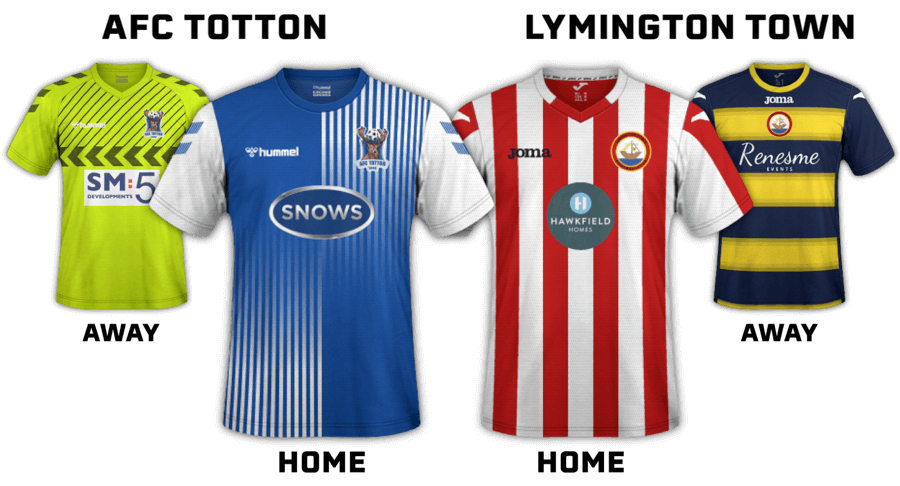 Since the 2002/03 season, we have locked horns with Lymington Town on 13 occasions. To date, the Stags have dominated in the league, while the Linnets have won more of the cup encounters:

In those 13 matches, Totton have scored a total of 26 goals to Lymington’s 14.