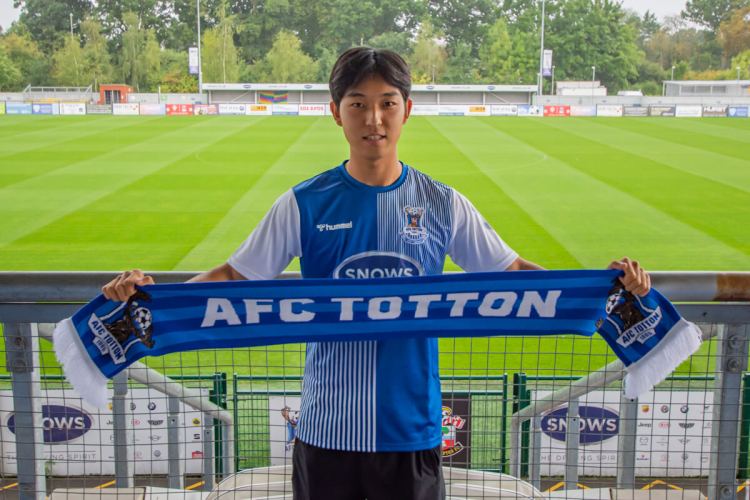 The 19-year-old, who was born in Sanbon-dong in Gunpo, a satellite city of Seoul in the Gyeonggi Province of South Korea, moved to England with his family when he was an infant. He grew up attending schools in Bournemouth while playing football for Littledown Leisure Centre FC and Greenfields FC. When he was just 6-years-old in 2007, Seung was offered a place with the Southampton FC Development Centre, and he went on to enrol in The Saints’ Academy in 2011.

“I enjoyed my time with Southampton. They drill technical skills into you and I learned a lot on the football side of things when I was there,” he says.

“They make sure you develop both as a player and as a person. They teach you the importance of being respectful and trying your best every day, so it was a really good experience that I’m glad I had.”

Seung was released by The Saints in 2019 as an Under-18 and went on to sign for EFL League Two side Forest Green Rovers, where he worked under his new Stags boss Jimmy Ball. Among his teammates in Gloucestershire were fellow new AFC Totton recruits Jireh Oyebamiji and Luke Hallett, who he has been good friends with since they were both 10 years-old. He is also close to Jake Adams, who was an academy player at both Southampton and AFC Bournemouth during his formative years.

In the summer of 2021, Seung arrived at the Silverlake Stadium to join Eastleigh’s Development Squad, and the player known affectionately as “Seuny” by his teammates signed a professional contract with The Spitfires in May 2022 after having trained with the first team and being involved in several senior matchday squads in the latter half of the 2021/22 season.

His first senior goal came in the Hampshire Senior Cup quarter-final victory over Andover Town in February, and he was in the starting line-up when Eastleigh overcame AFC Totton by a single goal in the semi-final at the Snows Stadium in March.

“Growing up in Bournemouth, I obviously knew about AFC Totton as a club. The Hampshire Senior Cup game is the only match I played against them but I have trained at this stadium before with Southampton, so I knew something about the set-up and the facilities,” he says.

“When I was told about Totton’s interest in signing me, I spoke to Luke Hallett and he was very positive about his own experience of being here and he encouraged me to come. The fact that I know a few people here is a bonus and I hope that will help me to settle in quickly and do well from the start.”

Asked to identify the one player in world football whose style of play most closely resembles his own, Seung reflects for several moments before tentatively offering Arsenal’s Norwegian playmaker, Martin Odegaard – a player renowned for combining midfield creativity with hard work and passing accuracy.

“I’m a central midfielder who likes to link the play. I try to work hard in every game and carry out the gameplan, and contribute as many goals and assists as I can,” he explains.

“Reconnecting with Jimmy Ball was a big part of the decision to come here. I really enjoyed working with him at Forest Green for a whole season. He helped me to develop a lot in that time. He has very high standards and can be quite demanding but he’s technically very good as a coach, as well, so I’m looking forward to meeting all the lads and getting started.” 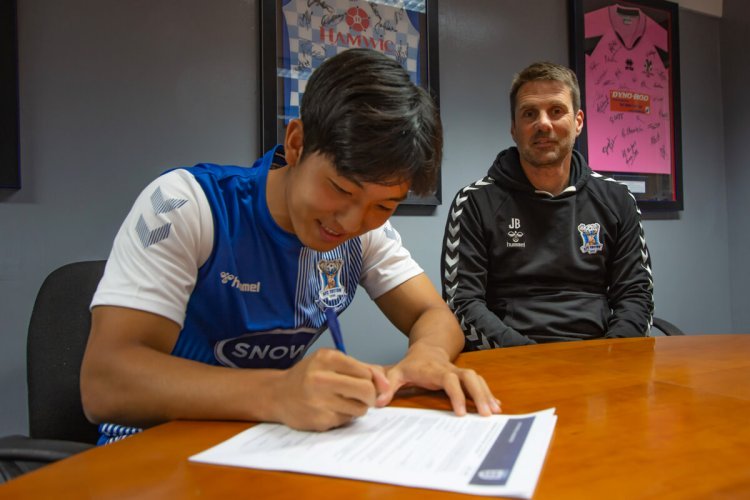 Jimmy Ball was present in the club’s boardroom on a rainswept Thursday night, overseeing formalities as Seung signed the registration forms confirming his loan from Eastleigh.

“Seuny is another quality player coming into our squad and you can never have too many good players,” said the AFC Totton manager.

“We have tried to bring in players from the leagues above to help us improve and raise the levels bit-by-bit. I’ve said before it takes a squad to win a league and we have in Seuny a player of fantastic technical ability with a good engine. He’s brave, he’s scrappy and he has the versatility to operate anywhere in the midfield, so he’s a very good signing for us.

“I worked with him at Forest Green, so I already know he’s a great kid. We now have the opportunity to give him the football he needs to further his own development as a player, while he can help us to win football matches at the same time. I’m pleased to have him on board.”