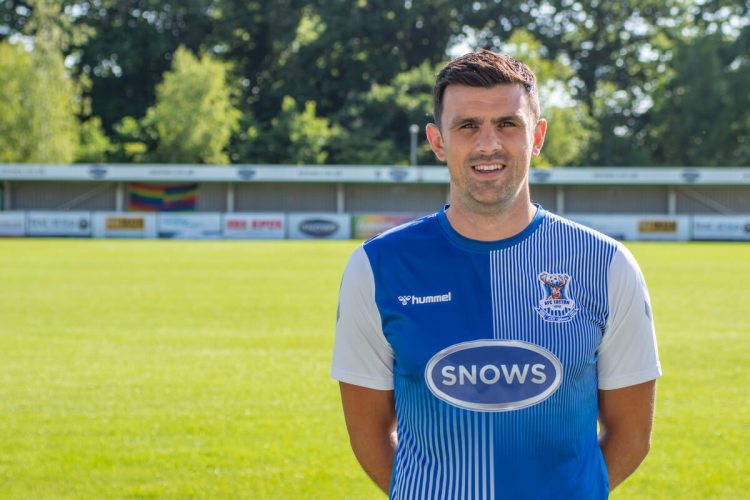 DON'T CALL IT A COMEBACK: Former Eastleigh defender Michael Green returns to the Snows Stadium after 11 years away.

Vastly experienced defender Michael Green has agreed to return to AFC Totton, 11 years after his first spell with the Snows Stadium club.

After a two-year stint with the Stags during the period in which the club relocated from Totton town centre to their purpose-built stadium on Salisbury Road, the left-back went on to become Eastleigh’s fifth-highest ever appearance maker by representing the Spitfires on 409 occasions in all competitions.

Born and raised in Southampton, Green played youth football for Brockenhurst and Christchurch before signing a contract with Eastleigh in 2009. Before he could make the first team at the Silverlake Stadium he joined AFC Totton, initially on loan, before a permanent deal was struck between the two clubs for a fee of £7,500.

He made a total of 94 appearances in all competitions for Totton from 2009-2011, helping the Stags to finish runners-up in the Southern League South & West in 2009/10 before going on to win the title and promotion the following season, as well as lifting the Hampshire Senior Cup with a 3-1 win over Sholing at St. Mary’s Stadium.

At the age of 22, he was snapped up by former Southampton left-back Micky Adams, who was then manager of League Two side Port Vale. But Green’s experience with the Valiants was short-lived, resulting in his return to Eastleigh on loan that same season before sealing a permanent move that would lead to a decade of service at the Silverlake Stadium, during which he won the Conference South in 2013/14 and helped to consolidate the club’s National League status for several seasons, thereafter.

In June 2021, Green signed for National League South outfit Havant & Waterlooville for whom he made 11 appearances before announcing his intention to hang up his boots. But ex-AFC Totton boss Glenn Howes managed to persuade him out of retirement and into the Southern League Premier Division for Dorchester Town towards the end of the 2021/22 campaign. 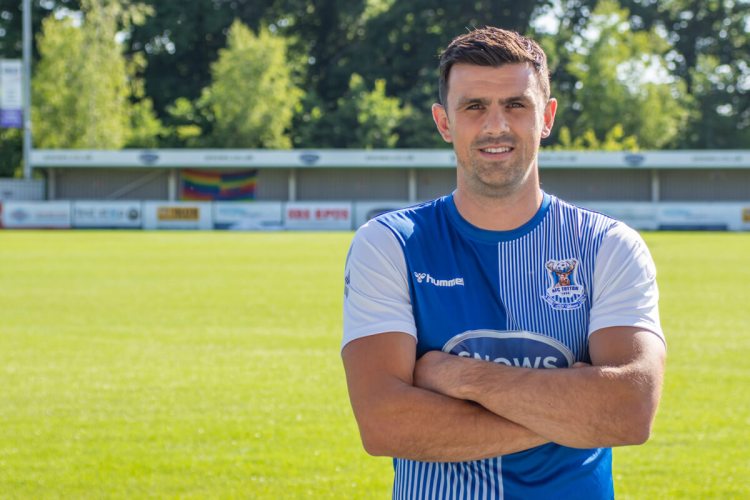 Having become a free agent in the summer of 2022 at the age of 33, Green was reported to have signed for Lymington Town but a last-minute change of heart brought the 6’0’’ defender back to the Snows Stadium to be part of Jimmy Ball’s promotion-hunting squad.

“We had a very young squad last term, so adding more experience and guile into the mix has been one of our key priorities over this summer period,” said the AFC Totton manager.

“Bringing in Mike Carter, Charlie Kennedy and now Michael Green – with all that he’s done in the game – changes that dynamic in exactly the way we wanted. With a few new young players coming in and just over half the squad staying on from last season, we’re looking really solid and I’m delighted that Michael is going to be with us.”

The move means that Ball now has two dedicated left-backs in the squad, with Ben Jefford aiming to achieve full fitness after missing the end of the 2021/22 campaign with a persistent leg injury. The conversion of Jordan Ragguette from a raiding left-winger to a disciplined defender was a notable success for the Stags last season but Green’s arrival will provide the option to play the St. Vincent and the Grenadines U21 international further forward.

Michael Green’s long service to Eastleigh Football Club will be honoured on Sunday 17 July when Saints icons Matt Le Tissier and Francis Benali lead an ex-Eastleigh XI against an ex-Manchester United side in a testimonial match at the Silverlake Stadium.