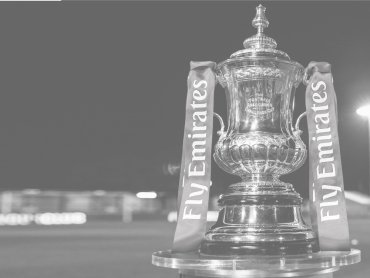 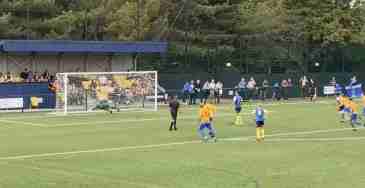 AFC Totton have crashed out of the 2021-22 FA Cup at the first hurdle as they lost 2-1 away to Isthmian League side Basingstoke Town.

In a fiery affair at the Winklebury Football Complex, in front of a sizeable crowd, Totton were immediately on the back foot as the Dragons applied considerable early pressure on the Stags.

However, it was Totton that made the biggest chance of the first half as Basingstoke’s goalkeeper Paul Strudley raced off this line and completely missed his attempted clearance.

Hisham Kasimu ran through, collected the ball but the chance came to nothing as an immaculate sliding challenge nullified the threat.

The second half started in lively fashion with both teams carving out half chances, before the game reached fever pitch as Totton were awarded a penalty when Kasimu was brought down by Strudley.

Brett WILLIAMS stepped up to slot beyond Strudley, despite a weak hand from the home keeper, giving the Stags an unlikely lead.

But their lead was short-lived with Conor Lynch being felled by Harry Medway giving him the chance to convert from twelve yards.

Lewis Noice went the wrong way with LYNCH stroking the penalty to the keeper’s right, drawing the teams level.

In what was a tempestuous encounter, which saw a total of five players cautioned (four of which were for the away side), Basingstoke manufactured a free-kick with McKoy Palmer putting the ball narrowly wide of Noice’s post.

Not long after, a blatant trip from Adam Tomasso gave LYNCH the chance to seal victory from the spot, again sending Noice the wrong way, giving the home side victory as they advanced to the first round of FA Cup qualifying.