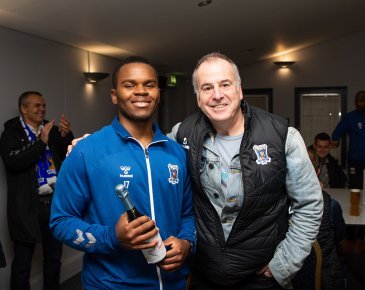 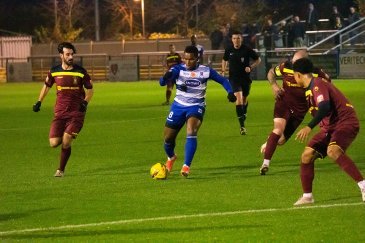 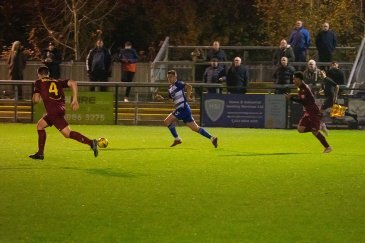 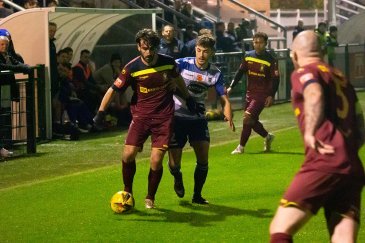 AFC Totton returned to winning ways in the Southern League after defeating Melksham Town 1-0 at the Snows Stadium.

Jordan NGALO’s strike from outside the box was all that separated the sides as the hosts remain second in the table.

The Stags came out of the blocks fastest with Hisham Kasimu flashing a shot past Matthew Hall’s post and would have felt aggrieved to go into the dressing room goalless at half-time.

The visiting side defended resolutely and were able to sustain an intense period of pressure from Totton, despite Sam Griffin striking the post after 35 minutes.

Totton finally got their reward with 15 minutes left, as Ngalo’s shot rebounded in off the post, beyond the reach of Hall.