FOLLOWING the recent announcement about afc totton and neighbours Totton & Eling working closely TOGETHER,  the Wessex League Division One club have begun the rebuilding process after a harrowing 2021/22 campaign by welcoming a new three-man management team to Miller Park. 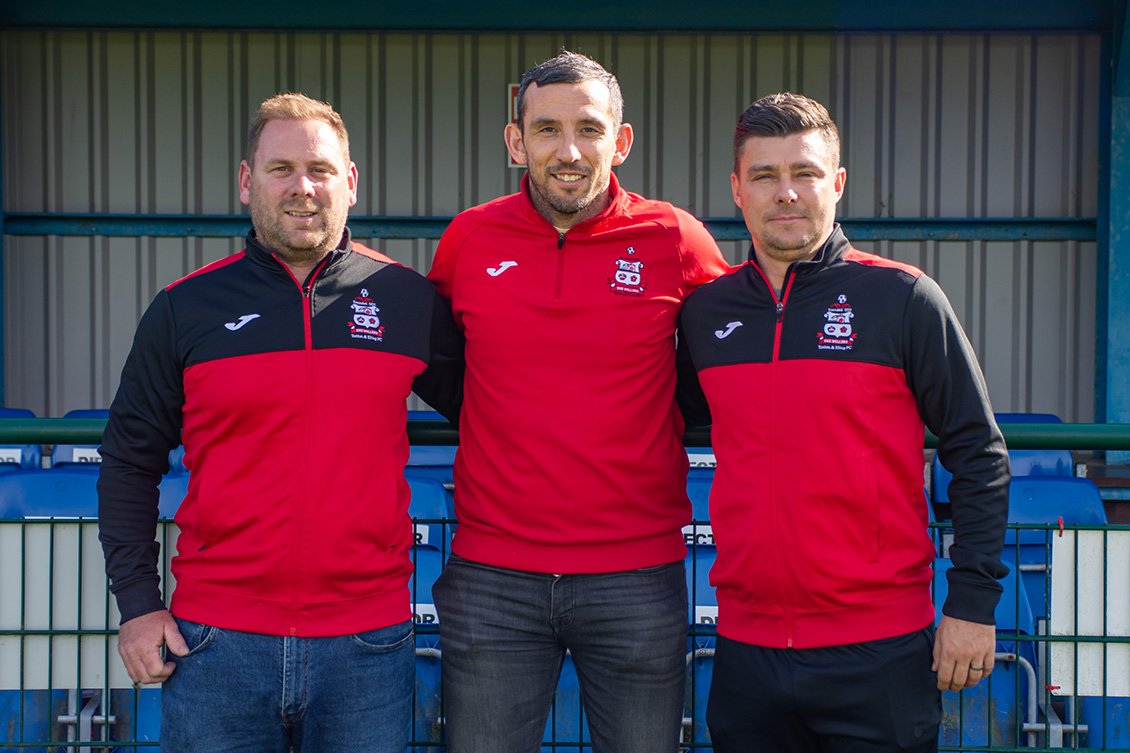 The club finished rock bottom of the division last season, with two wins from 36 matches. But they will retain their place in the Wessex League’s second flight for the 2022/23 season due to an administrative reshuffle, brought about in part by the mid-season withdrawal by Infinity FC following the termination of their ground-sharing agreement with Hythe & Dibden.

Former England C international midfielder Craig Stanley has been installed as the new man to lead the charge back up the table for T&E, and he will be ably supported by two assistant managers in Mark Lilley and Ben Hillman.

Stanley, who heralds from Bedworth in Warwickshire, began his football career as a 16-year-old with Walsall but didn’t get to play for the first team during a five-year stint with the Saddlers, going out on loan to Scottish club Raith Rovers during the 2003/04 season for his introduction to senior level football.

In 2005/06, he was a key member of the Hereford United team that won promotion to EFL League Two via the play-offs, before signing for Morecambe the following summer and achieving a second consecutive promotion. He played on for the Shrimps for another four years, which included a short loan with Torquay United in 2011, before he transferred to Bristol Rovers that summer.

Since then, he has represented Aldershot Town, Eastleigh, Lincoln City, Southport (on loan), Barwell, Lancaster City, Kettering Town, Clitheroe and, finally, Nuneaton Borough at various levels of the non-league game.

In 2018, Stanley was appointed Caretaker Manager of Lancaster City, a position he held for two months, and the 39-year-old will operate as a Player/Manager for the Millers, as he takes on his first permanent managerial position.

Alongside Stanley will be two heads with plenty of experience at this level. Former AFC Totton player Mark Lilley played for Fawley AFC in Wessex League Div.1 as recently as last season, and he too will register as a player for the Millers. If his recent showing in the Ex-Saints vs AFC Totton Sponsors & Celebrities match is anything to go by, he still has plenty to offer on the pitch as well as from the touchline.

Lilley had three spells with Winchester City during their rise from the Wessex to the Southern League, and he also represented Bashley and Lymington & New Milton. In addition to his new role with T&E, he is the Chairman of AFC Totton’s Youth section and runs the team that will move up to U11s football for season 2022/23.

Ben Hillman is a former Totton & Eling manager, having held the reins during the two years of uncertainty brought about by the COVID pandemic. Prior to that, Hillman played for Hamble ASSC (now known as Folland Sports), Blackfield & Langley, VTFC (before they became Sholing), Lymington Town and the Wiltshire-based club, Downton.

The 41-year-old courier, who was born in Sholing, was part of the VTFC side that won the Southampton Senior Cup in 2005/06, midway through a decade-long spell in which the Boatmen dominated that particular trophy.

After a brief photoshoot on the Miller Park pitch, Craig Stanley spoke enthusiastically about the new role he has undertaken:

“At this stage of my football career, and having tasted management with Lancaster, this is the right time for me to move into a permanent management role,” he said.

“I’ll be a Player/Manager to begin with and we’ll just have to see how that goes. But I’m impressed with the overall package at this club and where they want to take it. They’re ambitious and so am I. There’s a lot of work to do from the very start to get virtually an entire new squad in place for the new season but we’re already talking to players and working hard to get deals completed. It’s not going to be easy but I’m really looking forward to it.”

Stanley did not know Lilley and Hillman prior to agreeing to take the Totton & Eling job, but he doesn’t regard that as a problem:

“I knew of Mark and Ben but I didn’t know them personally. But we’ve spoken over the last couple of weeks about how we want to approach it and the type of players we want to bring in, and I’m sure we can work well together and, hopefully, achieve success. It’s a big challenge but I’m definitely up for it!”

Totton & Eling Chairman Andy Tipp was delighted to welcome the new men onboard:

“We are very pleased with the new management team, it has a bit of everything: experience, local knowledge and good player links. We hope the new managers can kickstart something special at Miller Park in this upcoming season. We hope to bring on plenty of promising youngsters with some experienced players around to achieve the right mix that will help us to push up the league and, hopefully, shock a few on the way.”