A MONTH OF REMEMBRANCE

The annual observance of Remembrance Sunday is held in the UK and across the Commonwealth on the second Sunday of November – that closest to Armistice Day on 11 November – to commemorate the contributions of military and civilian servicemen and women during the World Wars and later conflicts, and the sacrifices made by all those who have defended our freedoms and protected our way of life.

Snows Stadium will host its annual Remembrance Service on Thursday 11 November, which the whole Totton community is invited to attend free of charge. Independent Funeral Celebrant Denis Bundy will lead the ceremony and read the homily. The gates will open at 1:00pm, and the service will take place from 2:00pm-3:00pm with refreshments available on-site.

In addition, AFC Totton has chosen to observe a month of remembrance with the creation of a limited edition 1st Team home shirt featuring a poppy, to signify remembrance and hope for a peaceful future. 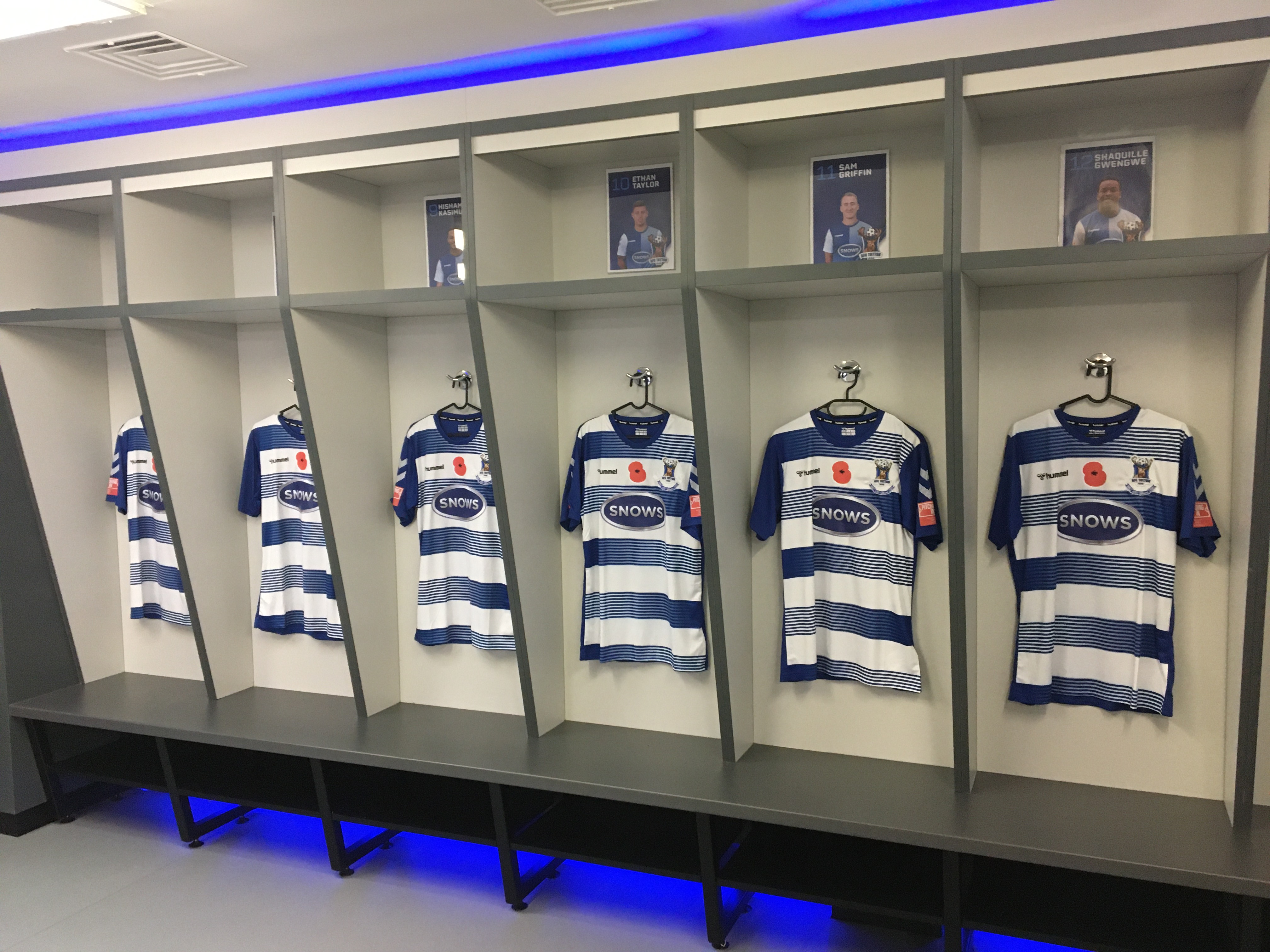 Manufactured by Hummel and supplied by Dorset-based FootballKitsDirect, the AFC Totton Remembrance Shirts feature blue-and-white hoops – similar to a classic Queen’s Park Rangers design – with a bold, red poppy positioned in the middle of the chest, flanked on either side by the manufacturer’s logo and the 135-year anniversary version of the club’s popular Stag motif.

The shirts are to be worn in place of the club’s usual blue home shirt throughout the month of November, beginning with tonight’s home match against Lymington Town in the 2nd Round of the Southern League Challenge Cup. They will also be worn at Evesham United on Saturday 06 November and during the home match against Frome Town, the following Saturday, on 13 November.

By a strange quirk of the draw, the Southern League Division One South match that was due to take place here on that day between the Stags and the Robins has had to be postponed in order to make way for a Buildbase FA Trophy 1st Round proper cup-tie between the very same teams.

Before the match, the players and staff of both teams will observe two minutes of silence and a bugler will play the traditional tune of Remembrance, ‘The Last Post’, followed by the ‘Short Reveille’.

At the end of November, the limited edition shirts will be auctioned off with all proceeds being donated to the Royal British Legion.

The Remembrance shirts are the brainchild of AFC Totton CEO, Steve Brookwell. A former serviceman in the Royal Navy, Steve passed out of basic training at HMS Raleigh in Plymouth in 1979 and was stationed at the HMS Dryad base in Portsmouth.

“It’s important that we have the opportunity to come together as a community to observe this tradition and remember those who gave so much for all of us,” he told me, as we surveyed the shirts in the Totton home dressing room, a few hours prior to Tuesday night’s Lymington Town match.

“I’m not aware that any clubs at this level adopt a special shirt for the occasion but it’s something we did during my time at Eastleigh Football Club and it enables us to raise some money for a very deserving cause in the Royal British Legion.”