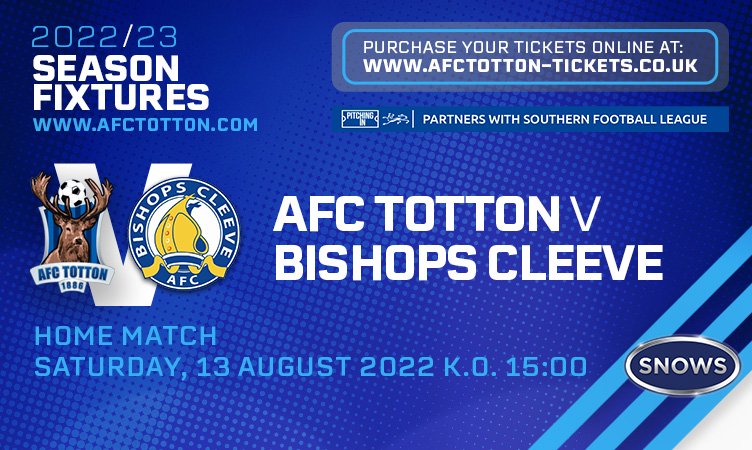 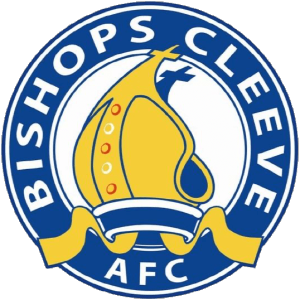 The Mitres are currently riding the crest of a wave. Crowned Champions of the Hellenic League Premier Division after losing just two league matches throughout their 2021/22 campaign, they have already got their new season off to a winning start with victory in the Extra Preliminary Round of the FA Cup, last weekend.

Bishop’s Cleeve, from the village of the same name near Cheltenham in Gloucestershire, finished eight points clear of runners-up Westbury United who were also promoted to the Southern League Div.1 South. The name of the village is derived from the Old English word clif – meaning cliff, bank or steep hill – and was used to identify an estate owned by the bishops of Worcester.

The club has previously played at Step 4, as recently as four years ago. In 2005/06, they were promoted to the Southern League Div.1 Midlands before being shuffled into the South & West section in 2008, where they remained for 10 years. Our records go back to the 2004/05 season when The Mitres thrashed AFC Totton 4-1 in the FA Cup 2nd Qualifying Round, and they repeated the feat the following season – this time with a 4-0 replay win after a 1-1 draw in the 3rd Qualifying Round.

But in 14 league meetings since those two FA Cup encounters, the Stags have only suffered defeat once, going down 2-3 away in 2016/17, to which they responded with an emphatic 4-0 win in the reverse fixture, courtesy of a brace from striker Nathaniel Sherborne. “Sherbs” also scored two in the biggest win that either side has managed in the series, when Mike Gosney contributed a brace of his own in a 7-0 mauling of the Mitres at the Snows Stadium in the previous season. The most recent meeting between these two sides produced another big win for AFC Totton, Craig Feeney scoring a hat-trick to send the Stags on their way to a 6-0 home victory, completing the double over the side that was subsequently relegated at the end of the 2017/18 season.

In total, since 2004/05, these teams have met on 17 occasions; AFC Totton have won 10 of those matches; there have been 4 draws; Bishop’s Cleeve have 3 wins on their side of the ledger.

At their Kayte Lane ground last Friday night, the Mitres were comfortable 4-1 winners over Wantage Town, who were relegated from Step 4 to Step 5 last season. The 14th minute strike from Cleeve’s Jack Watts was the first goal from any Southern League player in the 2022/23 season. Harrison Reeves doubled their lead just before half-time and, although Wantage pulled a goal back, a George Box penalty in the 80th minute restored the two-goal lead and Jordan Annear added some gloss to the scoreline with a fourth goal in injury time. The result sees the Mitres progress safely into the FA Cup Preliminary Round, where they’ll have another home match against Brimscombe & Thrupp, who beat Fairford Town 2-1 in their Extra Prelim tie. AFC Totton's opponents in the Preliminary Round will be Melskham Town, at the Snows Stadium on Saturday 20 August. 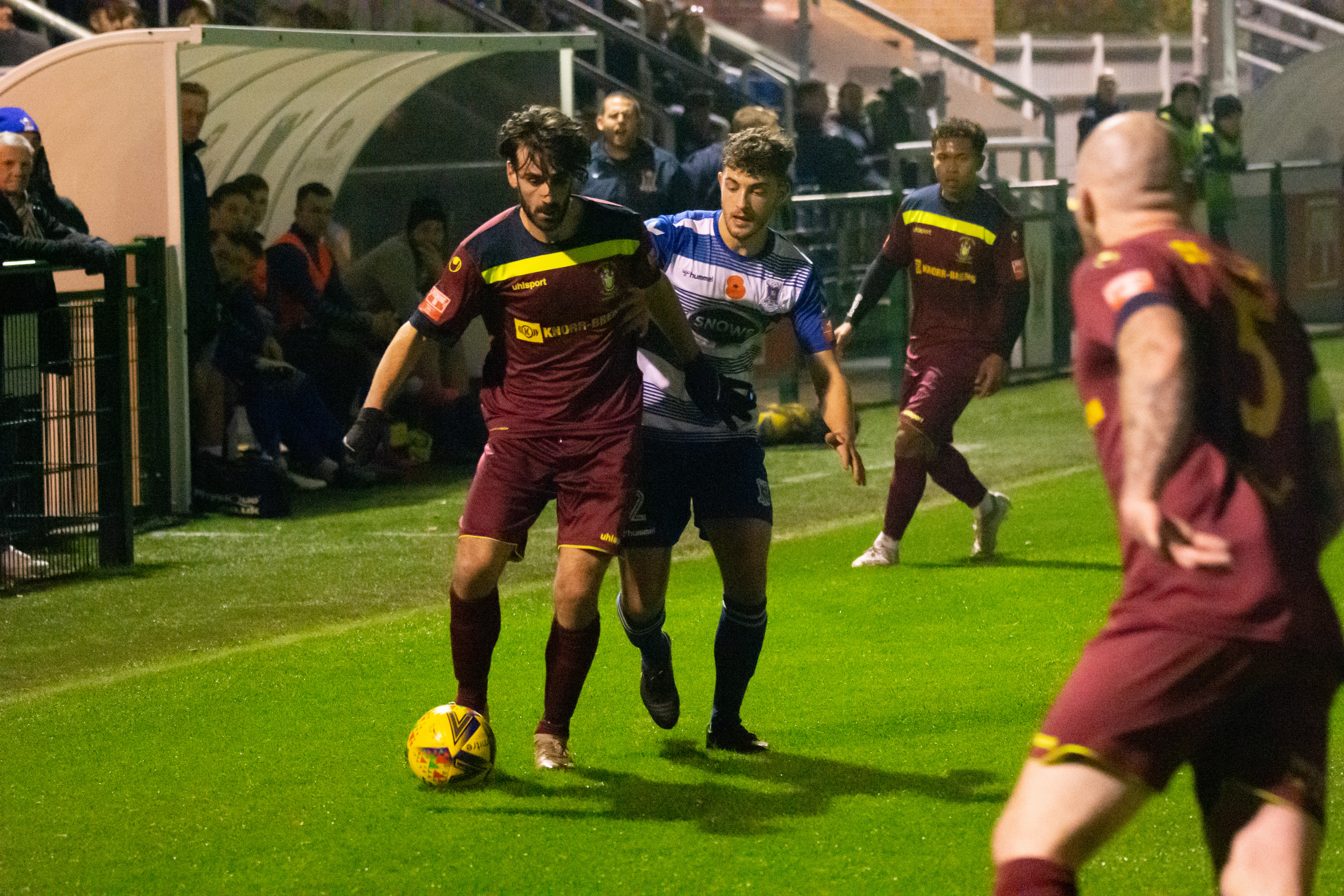 TAKE YOU ALL ON: Callum Baughan surrounded by three Melksham Town players during the Southern League Div.1 South meeting between the two sides in November. Town will be Totton's FA Cup Preliminary Round opponents on Saturday 20 August.

If Jordan Annear’s name sounds familiar, it will be because he was the one granted the freedom of South Hampshire at the end of last season’s home defeat to Slimbridge, when he ran unopposed from half-way to make it 3-0 to the Swans. Another familiar name in the Bishop’s Cleeve squad will be that of Gowan Stares. The central defender played for the Stags between 2017 and 2021, before returning to his native New Zealand where he represented North Wellington. Upon his return to the UK in January, he signed for Malvern Town in Worcestershire before agreeing to join the Mitres over the summer.

Cleeve further strengthened their defence with the signing of former Cheltenham Town youth team captain James Fawke, whose career has also taken in spells at Cinderford Town, Banbury United and North Leigh, as well as playing in the United States, before taking a five-year break from the game. The Mitres have also added ex-Fulham and Forest Green Rovers attacking midfielder Isaac Pearce, goalkeeper Lewis Clayton from Evesham United and right-back Shayne Anson, who impressed in both matches against AFC Totton last season while playing for Southern League Div.1 South runners-up Cirencester Town. The Centurions lost out to Winchester City in the Semi-Final of the Promotion Play-Offs in April and were subsequently moved into Southern League Div.1 Central, as part of the administrative reshuffling required to accommodate the unfortunate demise of Walton Casuals.

Left-back Leroy Odiero suffered a suspected knee ligament injury during the warm-up before a recent pre-season friendly with Cirencester, in which veteran defender Kevin Slack scored the winner in a 2-1 win. Slack, who is 42 years-old, plays on the left of manager Paul Collicutt’s back-three.