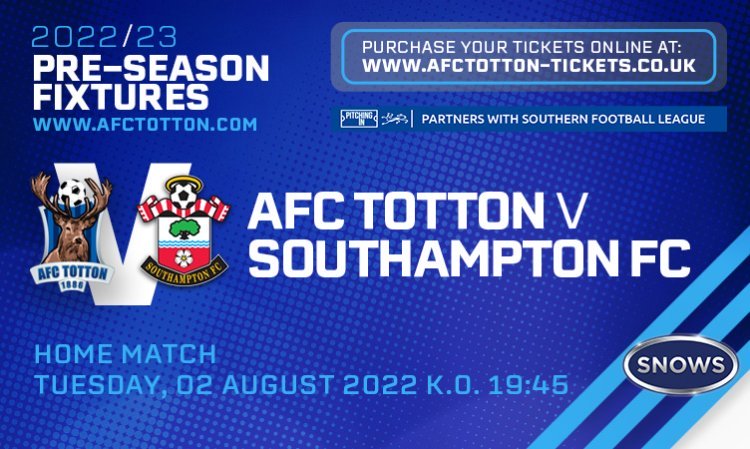 As part of AFC Totton’s agreement with Southampton Football Club, we get to host regular friendlies against a Saints XI here at the Snows Stadium.

The players they choose to send will depend, to a large extent, on the form and fitness of individuals within their first team squad. But the starting XI is likely to be substantially drawn from their B team, who will play several of their home matches here at the Snows Stadium throughout the 2022/23 season.

While Ralph Hasenhuttl’s squad have been preparing for the Premier League kick-off at Tottenham Hotspur on Saturday, Dave Horseman’s predominantly under-23 squad are gearing up to open their Premier League 2 Division 2 campaign with the trip to Nottingham Forest on Monday 08 August. The Saints will be looking to improve upon their 7th-place finish of last season. 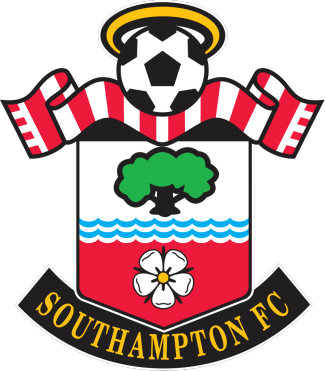 Their first home game will be on Friday 12 August, when they host West Brom at the Snows Stadium. And they’ll return to Totton on Friday 26 August to entertain Norwich City. Derby County, Newcastle United, Nottingham Forest and Stoke City are also scheduled to come to the Snows Stadium throughout the course of the season.

In addition, Southampton's youngsters will have a number of opportunities to play at St Mary’s Stadium, the first of which will be a league clash with Aston Villa on Friday 07 October. Saints will draw their season to a close with a visit to Carrow Road to face Norwich City in April.

Like the Stags, Southampton B play their final pre-season friendly tonight ahead of their league opener next Monday night. Dave Horseman’s charges opened their pre-season programme with a 2-2 draw at Frome Town on Saturday 09 July, with goals from Will Ferry and Kamari Doyle.

They then played two games in Spain, losing 0-2 to FC Cartagena and drawing 1-1 with Villarreal CF thanks to a goal from Jimmy-Jay Morgan.

While the Stags went 2-0 up only to be pegged back for a draw by Aldershot Town last Tuesday night, Saints B did likewise at Eastleigh. Diamond Edwards and Republic of Ireland youth international striker Luke Pearce gave them a healthy half-time lead but they couldn’t maintain it during the second 45 minutes. They followed that up on Saturday with a comfortable 4-0 win over Watford at Staplewood, with two goals from Dom Ballard setting the Saints on their way.

The squad was bolstered recently by four players agreeing to new deals. Olly Lancashire, Sam Bailey, Sam Bellis and Kegs Chauke all put pen to paper to extend their stays on the South Coast – though, Chauke will spend the 2022/23 season on loan at League One outfit Exeter City.

Meanwhile, the Saints senior team began their pre-season campaign with a trip to Ralph Hassenhuttl's native Austria, where they lost 1-3 to the German club RB Leipzig before a goalless draw with SK Austria Klagenfurt. Both sides also drew blanks in the meeting with Watford at Wealdstone FC's Grosvenor Vale ground on Saturday 23 July.

A crowd of more than 8,000 saw goals from Adam Armstrong, his namesake Stuart and one from captain James Ward-Prowse defeat Monaco 3-1 on Wednesday night, despite going behind to Alexsandr Golovin's 39th-minute opener. And then on Saturday, new signing Joe Aribo, who joined from Rangers this summer on a four-year contract, got his name on the scoresheet during a 1-2 defeat at home to 2020/21 Europa League winners Villarreal.

Southampton finished 15th in the Premier League last season, 5 points above the relegation zone. They go to Tottenham Hotspur for the first game of the new campaign. Spurs were 4th last term, which was enough to qualify them for participation in the European Champions' League.