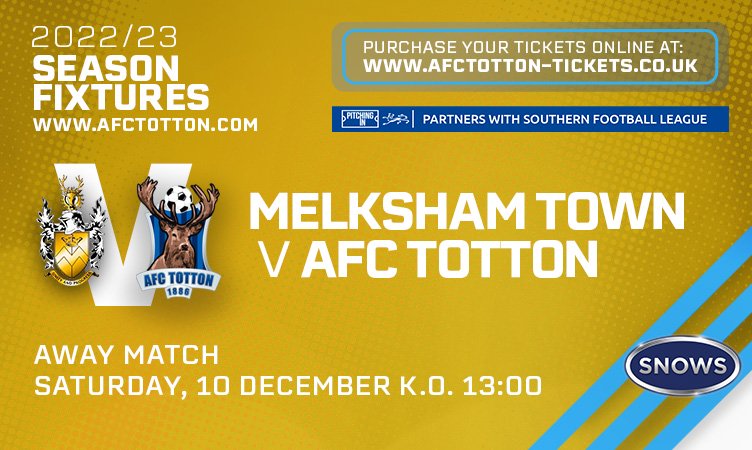 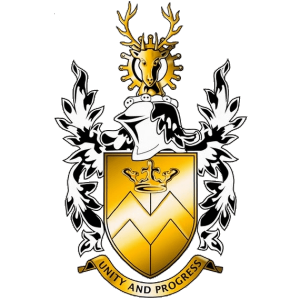 FOLLOWING BATTLING BACK-TO-BACK away wins at Bristol Manor Farm and Bishop’s Cleeve last week, Jimmy Ball’s in-form AFC Totton will be looking to make it three-out-of-three when they make the relatively short trip to Wiltshire to take on Melksham Town at the Oakfield Stadium on Saturday.

The Stags are currently on a run of 11 games unbeaten in the Southern League Div.1 South that stretches back to the end of August, and having struggled for goals at one point during the season, they have found the back of the net 23 times in their last six outings. Confidence in the camp is high and they will go to Melksham Town at the weekend to face a team they last met in the Preliminary Round of the Emirates FA Cup in August, when goals from top-scorers Scott Rendell and Ethan Taylor, plus a late Jordan Ragguette strike, saw The Stags to a comfortable 3-0 home win.

Melksham, meanwhile, are currently sitting in the lower mid-table portion of the Southern League Div.1 South table. In addition to being dumped out of the FA Cup at the first hurdle at the Snows Stadium, Town’s 2022/23 got off to a less than prestigious start with a 1-3 home defeat to divisional new boys Exmouth Town and a 1-5 belting at Sholing. But, following their FA Cup elimination, they bounced back with their first win of the campaign when Jay Malshanskyj’s goal was enough to take all three points at Tavistock AFC.

Since then, Town have blown hot and cold. Stand-out results on the positive side of the ledger include a 3-1 home win over Wimborne Town on 01 October and an impressive 5-1 success at Bristol Manor Farm last month, when Welsh-born forward Ben Brooks struck a hat-trick and 21-year-old midfielder Samuel Hendy contributed a brace. In the negative column, a Dominic Thelen goal seven minutes into stoppage time saw them suffer a 2-3 defeat at strugglers Lymington Town at the end of October, while their two league meetings with Sholing ended in a 1-5 defeat at home and a 1-3 loss on the road at The Imperial Homes Stadium.

In the Isuzu FA Trophy, Town overcame Larkhall Athletic with a 2-0 win at Plain Ham, before taking Bashley to penalties in the New Forest and triumphing 5-3 in the shoot-out, in 2nd Round Qualifying. Their run ended with a 1-3 defeat at Tavistock AFC, with Tavvy exacting their revenge for that earlier defeat in the league. 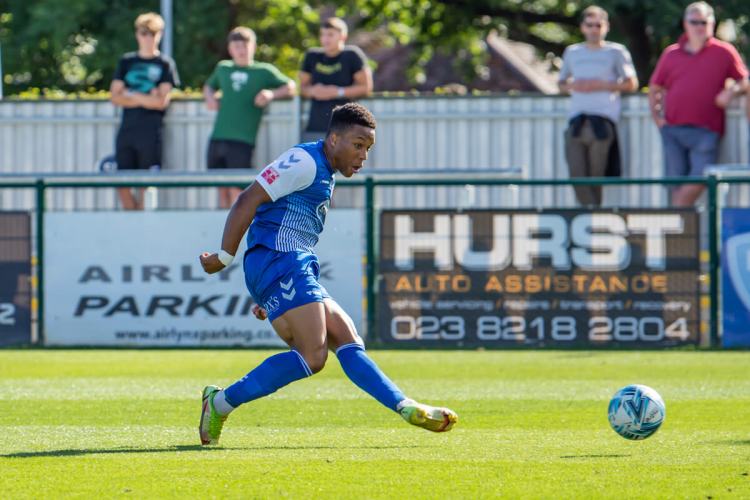 MAKE MINE A TRIPLE: Jordan Ragguette slots home AFC Totton's third goal in the Emirates FA Cup Preliminary Round victory over Melksham Town at the Snows Stadium in August.

None of Melksham Town’s players are currently troubling the Top 10 goalscorers list for the Southern League Div.1 South but in addition to Ben Brooks, players such as Luke Ballinger, Jay Malshanskyj and Albie Hopkins are no strangers to the scoresheet. Player/Assistant Manager Luke Ballinger is a former England futsal captain, who re-joined Melksham Town last season after a brief stint at Corsham Town. He also lists Frome Town, Mangotsfield United and Paulton Rovers among his former clubs, and has developed an enviable reputation over the course of a decade for scoring goals of all types, from 30-yard screamers to six-yard tap-ins, and plenty of them. Jay Malshanskyj is a fast, creative attacking midfielder, adept at taking on opposition defenders to fashion openings for his team. He was a youth player at Forest Green Rovers before representing first Weston super-Mare and then Slimbridge AFC. Formerly of Oxford United, Albie Hopkins is a quick, skilful winger capable of operating on either flank, who has a knack of scoring important goals. He joined Town in 2019 and has established himself as a firm favourite with Melksham Town’s fans.

The early season FA Cup encounter was the seventh meeting between these two sides since 2001/02, the first of which was in the FA Vase with Melksham recording their only win to date. Since then, there have been five wins for Totton and one draw. Craig Feeney scored in both the 5-0 home win and the 3-0 away success in 2018/19, while Silvano Obeng scored The Stags’ second goal in the 2-2 draw at Melksham in the only match-up of the prematurely abandoned 2019/20 season.