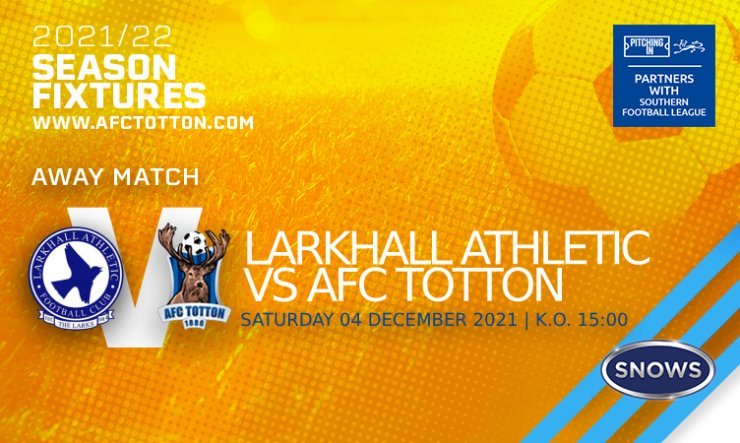 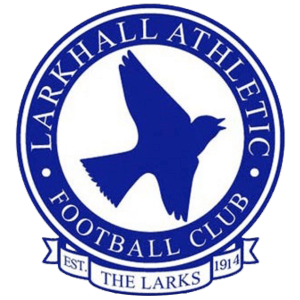 This article is a preview of the Southern League Div.1 South match between Larkhall Athletic and AFC Totton at Plain Ham Stadium on Saturday 04 December 2021. For information regarding FREE coach travel to the FA Trophy match on Saturday 18 December 2021, please scroll to the bottom of this page.

AFC Totton will continue their recent South of England grand tour on Saturday with a fourth consecutive away match when they face Larkhall Athletic in the Southern League Div.1 South, in a full-dress rehearsal for the imminent FA Trophy 3rd Round encounter between these same two sides later this month.

Larkhall, who herald from Bath in Somerset, are currently in 11th-place in the table, having won 5, drawn 6 and lost 3 of their 14 matches so far this season. The Larks began their league campaign with a 3-1 home win over Slimbridge but then had to wait almost a month for their second win with a 4-1 away defeat of Mangotsfield United. During November, they were convincingly beaten on their own pitch by Sholing and then, like Totton, they shared six goals with Evesham United in a 3-3 draw.

Centre-forward Samuel Crumb is top scorer for the Larks with 7 goals, closely followed by central midfielder Matt Britton on 6, although four of those came in the 9-1 mauling of Barnstaple Town in early-October.

The club was formed in 1914 and have played at their distinctive 1,000-capacity Plain Ham home ever since. The ground is located on top of a hill with restricted vehicular access, requiring players and fans to make the uphill trek from the car park on foot. The pitch itself is surrounded on all sides by a raised bank with wooden steps in place of a players’ tunnel.

There have been 13 meetings between these two sides since the 2014/15 season, and the Larks have the better of the head-to-head record with 6 wins to Totton’s 4. A 1-6 drubbing in Larkhall’s favour at Testwood Park at the start of the 2016/17 season is the biggest win for either side during that sequence.

But the following season, Totton managed to take all 6 points with a 1-0 away win, thanks to a goal by Nimes Pina, and a 2-0 victory at home courtesy of a rare headed goal by Craig Feeney and a thunderbolt of a free-kick by Tony Lee.

The most recent encounter was a 3-1 away win for the Stags during the ultimately curtailed 2020/21 season, when Feeney, Ethan Taylor and Hisham Kasimu were all on target.

The following information relates to the Buildbase FA Trophy match between Larkhall Athletic and AFC Totton on Saturday 18 December 2021 (NOT the league match referred to above)... 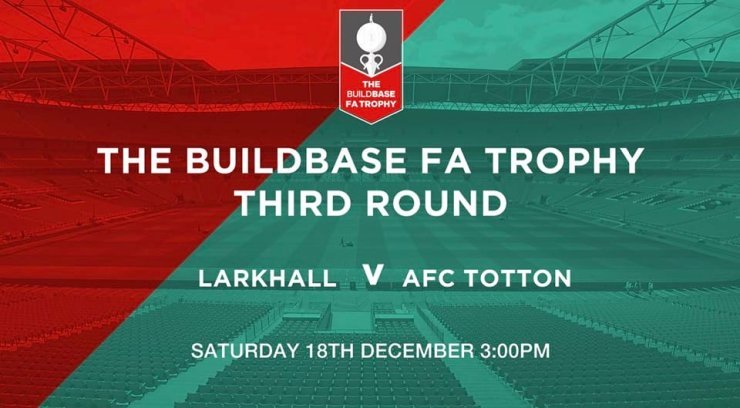 To book your place on the coach, please email stagstravel@afctotton.com and answer the questions that will appear in your email template. Free travel is limited to the first 50 bookings.