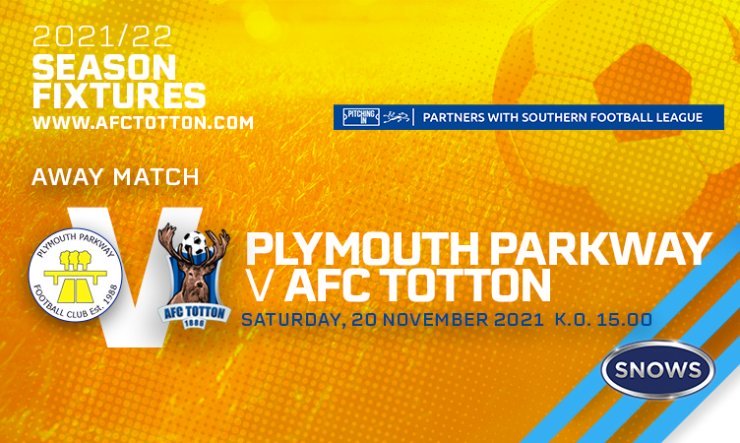 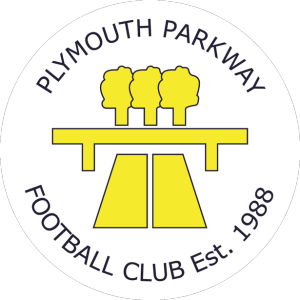 AFC Totton will begin a month’s worth of football on the road with the return match against the team they beat at the Snows Stadium on the opening day of the season, Plymouth Parkway.

Jack Hoey’s 37th-minute penalty was enough to separate the two sides back in the August sunshine, since when The Parkway have held their own in the Southern League Div.1 South with a mid-table record that stands at Won 5, Drawn 1 and Lost 5.

If you like goals, then Plymouth Parkway is the team to follow. They put six past Mangotsfield United without reply to notch their first win of the campaign, five past Paulton Rovers in mid-September in a 5-1 win and have scored four goals in a match on four separate occasions, most recently in the 4-0 thrashing of Southern League Premier Salisbury in the 1st Round of the Buildbase FA Trophy.

But, as their 12th place in the league table would suggest, their defence is almost as porous as their attack is prolific. One of the lowlights of their season came in early September, when they conceded three goals to troubled Barnstaple Town in a 3-3 draw that led to their penalty shoot-out elimination from the Southern League Challenge Cup.

In their most recent match, while the Stags were overcoming Melksham Town this past Tuesday night, Parkway fought hard at Frome Town with Jonathan Davies’ first-half goal taking the points for the league leaders. 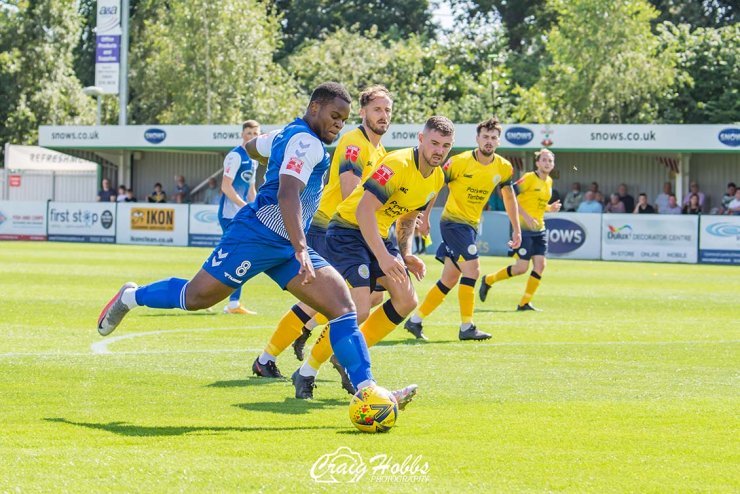 READY, AIM, FIRE: Jordan Ngalo lines up a shot against Plymouth Parkway during the first encounter between these two sides at the Snows Stadium in August.

Plymouth Parkway are a relatively young club, formed as recently as 1988 when they were known as the Ex-Air Flyers. And while AFC Totton’s recent history has included seasons at Step 3, the Parkway have climbed from Division 4 of the Plymouth & District League and through the South West Peninsula League to join the Stags at Step 4. 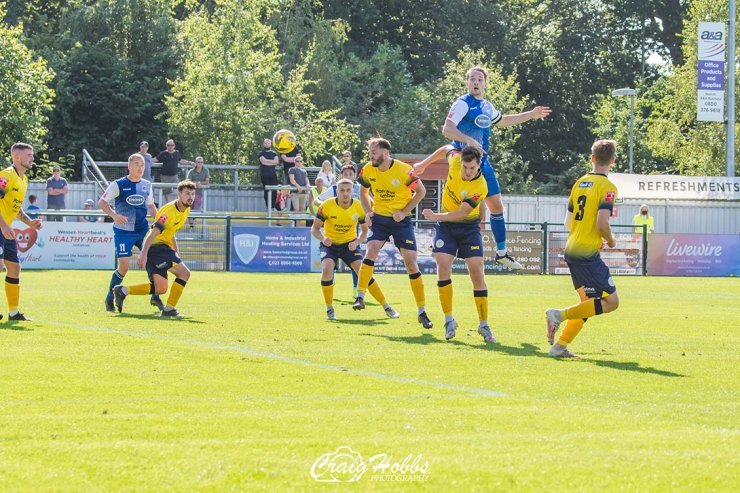 The opening day fixture this season, which was settled by Jack Hoey’s penalty, is the only meeting between these two sides that we have on record and the Stags will be looking to take this opportunity to make it two-out-of-two on Saturday. 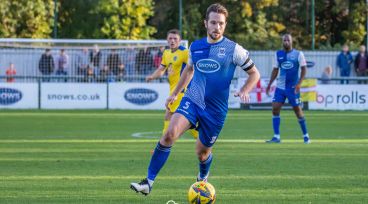 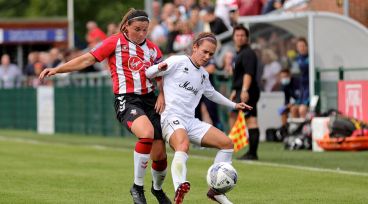 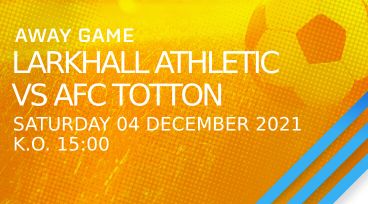 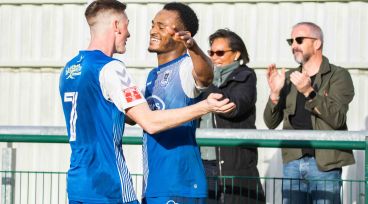