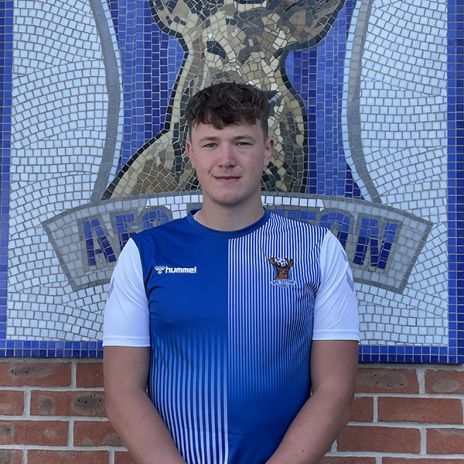 As a youngster, Tom spent 12 months at Leicester City which was brought to an abrupt end by a broken ankle. A commanding young centre-half, Tom made his Conference North debut at the age of 17 for Darlington, in a win against Telford. He scored his first senior goal in the same season in a 4-0 win against Northallerton.

A loan spell in the Northern League Div.1 followed, with Ashington AFC where he became a regular. He then trialled at Northern Premier League side South Shields but turned down an offer from the Mariners to join Mansfield Town's youth set-up.

After making the decision to move back to Southampton, Tom signed for AFC Totton on a dual-registration deal with Totton & Eling, playing for the Millers in the Wessex League Div.1 before joining AFC Stoneham in the Wessex Premier on loan, primarily to concentrate on his fitness.

Now 21 years-old (as of May 2022), Tom is well thought of and possesses a good footballing brain, which is helping him to establish himself in the local area once again.