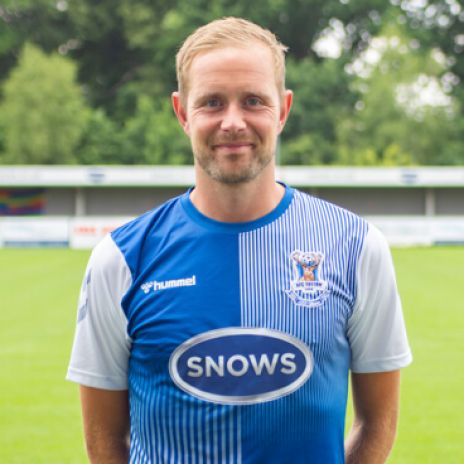 35-year-old journeyman Scott has represented 17 different clubs during a 20-year football playing career that began in the youth ranks of Staines Albion before he joined Aldershot Town for what would prove to be the first of three stints at the Recreation Ground.

On the opening day of the 2005/06 season, he became the first player to score a goal for Forest Green Rovers after they had turned professional in a match against Cambridge United, who he joined two years later, scoring 22 goals in all competitions for The Us by mid-February. Short spells with Peterborough United and Yeovil Town followed, before he returned to the Abbey Stadium to notch a further 13 league goals in the 2008/09 season.

Throughout the course of a nomadic career, Rendell, who was born in Ashford, Kent but lives in Basingstoke, has scored goals in Leagues One and Two, as well as the upper echelons of non-league football. Torquay United and Wycombe Wanderers both benefitted from Rendell’s consistency in front of goal, and he scored the winner that enabled then Conference Premier side Luton Town to knock Premier League Norwich City out of the FA Cup at the 4th Round stage in January 2013.

He enjoyed a successful two-year period with Woking in 2014-2016, before returning to Aldershot for a third spell with the Shots, scoring 32 goals in 111 league games over the course of three seasons. He then spent one year each with Eastleigh and Maidstone United, and at Havant & Waterlooville in the National League South last term, helping the Hawks to an 8th-place finish.

As of the summer of 2022, Rendell has made a total of 595 appearances in all competitions, scoring 196 goals. Having only ever played at a higher level than the Southern League Div.1 South, he’s now looking to enter a different stage of his career, which will include working alongside his fellow veteran striker Brett Williams as coach of the club’s PRO:DIRECT Academy.