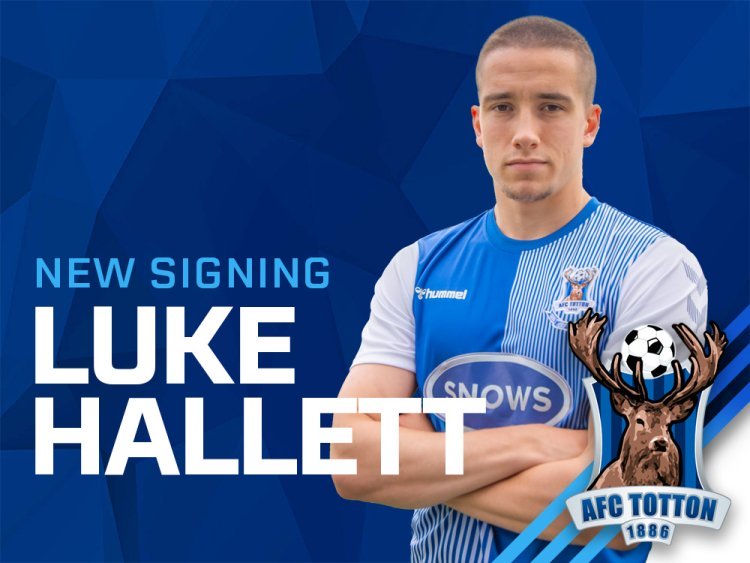 Central Defender Luke Hallett has re-united with his former Forest Green Rovers boss by agreeing to a permanent deal with AFC Totton.

Originally a forward, 19-year-old Hallett, who is a former member of Southampton’s Academy, was converted into a defender by Jimmy Ball when the Stags manager was in charge at The New Lawn club just last year.

Hallett grew up in Netley and played youth football with Sholing, in addition to his spell with the Saints. He then joined Forest Green’s academy and made his first team debut for the Green Army in EFL League Two as a substitute against Stevenage in early-March 2021, before signing professional terms with the club that summer.

He spent last season on loan with Gosport Borough in the Southern League Premier South, making 37 appearances and scoring 6 goals in all competitions for the Privett Park outfit, although the terms of his loan meant that he was ineligible to face the Stags when the two sides met in the Third Round of the Hampshire Senior Cup in December.

In addition to having worked with the Totton manager before, Hallett is also a former schoolmate of Ethan Taylor, who recently committed his future to the Stags, and played alongside Jake Adams during their shared spell in Southampton’s youth ranks. He also knows fellow new-signing Mike Carter, who was his captain at Gosport last season, and the two players greeted each other warmly prior to having their photos taken in their AFC Totton shirts on the Snows Stadium pitch. 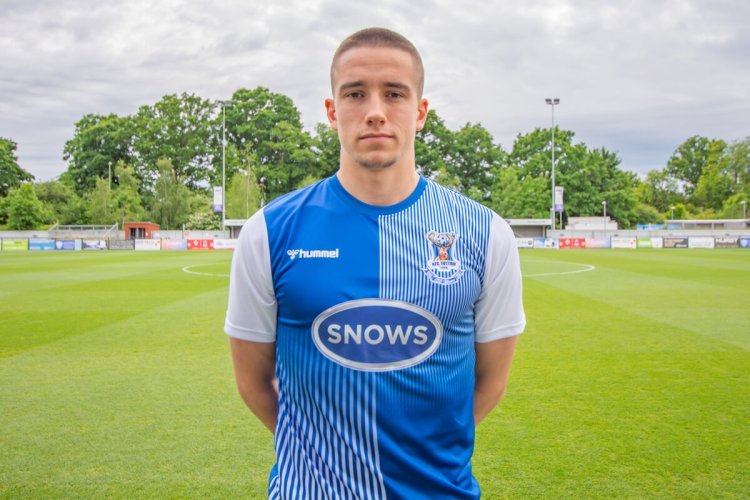 Tall and athletic, Hallett is described on his former club’s website as a hardworking, determined player blessed with the happy knack of getting on the end of crosses from set-pieces. And he is looking forward to the 2022/23 campaign with his new club:

“I’m very impressed with the way things are run here, there’s a strong professional vibe of things being done properly, even though it’s currently a semi-professional club,” said Luke, who turns 20 in October.

“My aim for this season is nothing less than winning the league, and I will try to help the team to achieve that by contributing plenty of clean sheets while getting my fair share of goals.”

“We added some experience to the squad with the signing of Mike Carter earlier in the week and now we’ve brought in a young, talented player who I know very well. He can make a massive contribution for us this season and I hope that we’ll be able to help him progress his career and find his way back into professional football.”

Luke Hallett represents the second signing of the close season after the arrival of Mike Carter, in addition to the highly-rated Ethan Taylor agreeing to a new deal. Other deals are close to being finalised, so look out for more updates on the AFC Totton website at www.afctotton.com and via the Club’s Official Facebook channel and Twitter account.