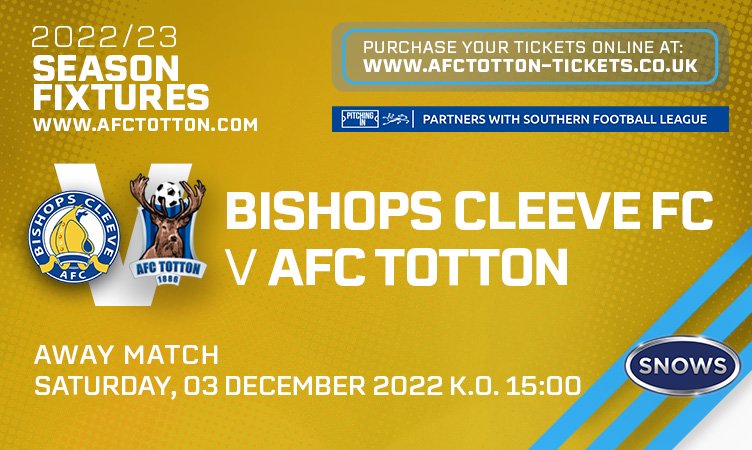 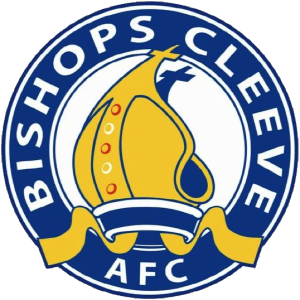 Although they suffered defeat at the Snows Stadium on the opening day of the 2022/23 league season, the then newly-promoted Bishop’s Cleeve gave a good account of themselves in their first football match at Step 4 for five years.

In their first home game, they came from behind twice to triumph 4-2 over Larkhall Athletic, following that up with a single goal victory over fellow divisional new boys, Bashley. While September pre-occupied them with cup matches, by October, their league form was blowing hot and cold. Wins at Bristol Manor Farm and Exmouth Town, and a 3-1 success at home to Melksham Town, were tempered by five defeats, which saw The Mitres slowly slide down the Southern League Div.1 South table.

November was wretched. They conceded five goals at home to Hamworthy United, then lost 1-2 at Cinderford Town. When Wimborne Town travelled to Kayte Lane, The Magpies helped themselves to half-a-dozen goals, despite the home side scoring three. Larkhall Athletic exacted their revenge for that earlier defeat with a 3-2 win at Plain Ham, in which The Larks’ Bradley Norris struck twice, his second proving to be the 88th-minute winner. The visit to Willand Rovers scheduled for Saturday 26 November was postponed, leaving Bishop’s Cleeve in 16th place in the league table, with 15 points from 16 games and the second-worst defensive record in the division.

Only Lymington Town have conceded more than the 37 goals shipped by The Mitres so far this season, and they will be well aware of the recent upturn in form demonstrated by The Linnets to pull themselves out of the relegation zone and breathe new life into their campaign.

Top scorer for The Mitres is forward George Box, who currently has seven league goals to his name. The 25-year-old is a former Yate Town player who joined Bishop’s Cleeve from the Wiltshire-based club, Bradford Town. He was the Hellenic League’s top marksman last season.

Jack Watts, who scored the opening goal in the 1-2 defeat at the Snows Stadium on 13 August, had a week earlier become the first player in the Southern League Div.1 South to score a competitive goal in the 2022/23 season with the first of his team’s goals in the 4-1 victory over Wantage Town in the Extra Preliminary Round of the Emirates FA Cup. A 2-0 win over Brimscombe & Thrupp of the Hellenic Premier League took them to 1st Round Qualifying, where they beat Westbury United 3-1. In 2nd Round Qualifying, they shared an epic encounter with Western League Premier Division outfit Helston Athletic who held them to a 3-3 draw at Kayte Lane, before knocking The Mitres out of the competition by the odd goal in seven at their own Kellaway Park ground in Cornwall. 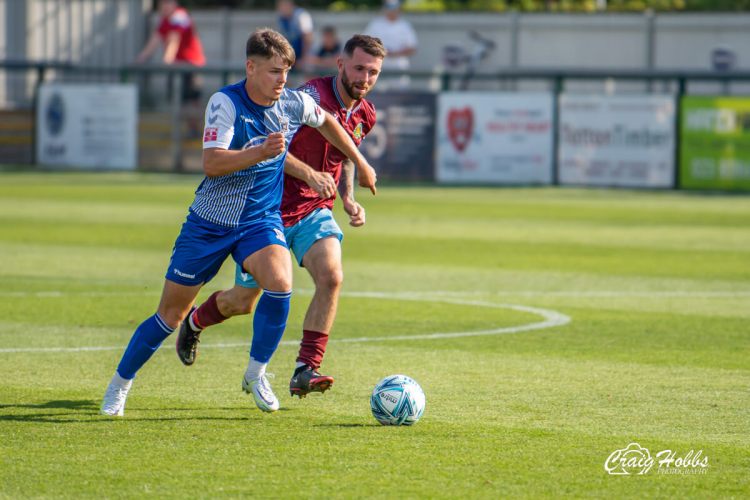 LET'S GO: Jake Adams takes on a Bishop's Cleeve player during the meeting between these two teams on the opening day of the Southern League Div.1 South 2022/23 season.

Bishop’s Cleeve were dumped out of the Isuzu FA Trophy in mid-September by Southern League Div.1 Central side AFC Dunstable. They have made progress in the Gloucestershire Senior Cup, though, with a 3-1 win at AEK Boco from Western League Div.1, on the same night that AFC Totton travelled to Bristol Manor Farm in midweek – and it will be The Farmy Army who host Bishop’s Cleeve in the Quarter-Finals before the end of the year. The Mitres have never won the trophy, but they were beaten finalists in 2012 and 2016.

The head-to-head between AFC Totton and Bishop’s Cleeve currently stands at 18 matches since the 2004/05 season. Competitive debut goals from Jireh Oyebamiji and Scott Rendell back in August took Totton’s win tally to 11 games; there have been 4 draws, while the team based near Cheltenham have won 3 times.