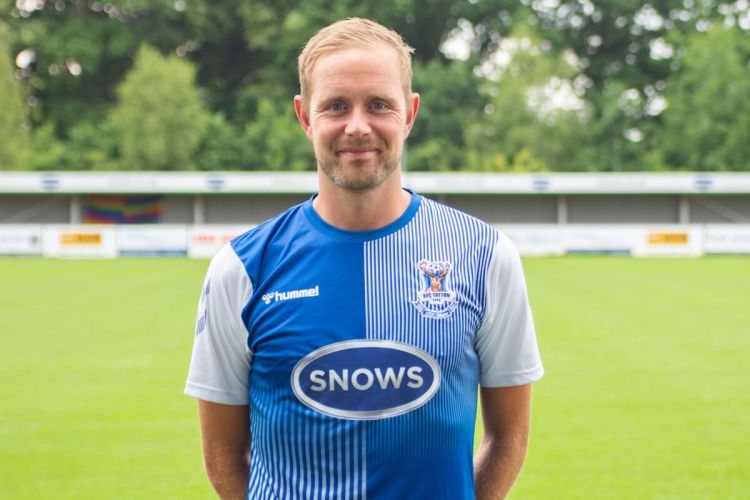 AFC Totton manager Jimmy Ball has further strengthened his attacking options ahead of the 2022/23 season with the signing of former Wycombe Wanderers, Luton Town and Aldershot striker Scott Rendell.

The 35-year-old journeyman has represented 17 different clubs during a 20-year football playing career that began in the youth ranks of Staines Albion before he joined Aldershot Town for what would prove to be the first of three stints at the Recreation Ground.

On the opening day of the 2005/06 season, he became the first player to score a goal for Forest Green Rovers after they had turned professional in a match against Cambridge United, who he joined two years later, scoring 22 goals in all competitions for The Us by mid-February. Short spells with Peterborough United and Yeovil Town followed, before he returned to the Abbey Stadium to notch a further 13 league goals in the 2008/09 season.

Throughout the course of a nomadic career, Rendell, who was born in Ashford, Kent but lives in Basingstoke, has scored goals in Leagues One and Two, as well as the upper echelons of non-league football. Torquay United and Wycombe Wanderers both benefitted from Rendell’s consistency in front of goal, and he scored the winner that enabled then Conference Premier side Luton Town to knock Premier League Norwich City out of the FA Cup at the 4th Round stage in January 2013.

He enjoyed a successful two-year period with Woking in 2014-2016, before returning to Aldershot Town for his third spell with the Shots, scoring 32 goals in 111 league games over the course of three seasons. He then spent one year each with Eastleigh and Maidstone United, and last season at Havant & Waterlooville in the National League South, helping the Hawks to an 8th-place finish.

As of the summer of 2022, Rendell has made a total of 595 appearances in all competitions, scoring 196 goals. Having only ever played at a higher level than the Southern League Div.1 South, he’s now looking to enter a different stage of his career, which will include working alongside his fellow veteran striker Brett Williams as coach of the club’s youth academy.

“I spoke to Jimmy Ball about what he’s building here at Totton and he convinced me to come and be a part of it. I may be 35, but I’m still physically fit and I have a bundle of experience to bring to the squad – which I understand was something slightly missing here last year – as well as my own ability as a footballer,” he said.

“COVID had the effect of folding two seasons into one in terms of playing time and the general wear and tear of a normal season. I keep myself fit and I know how to look after myself between matches, so I feel good and I still have a lot to give on the pitch. But this move also gives me the opportunity to get into coaching, which is something I have always planned to do, and I’m excited to have the chance to work alongside Brett Williams to develop young players on behalf of the club.” 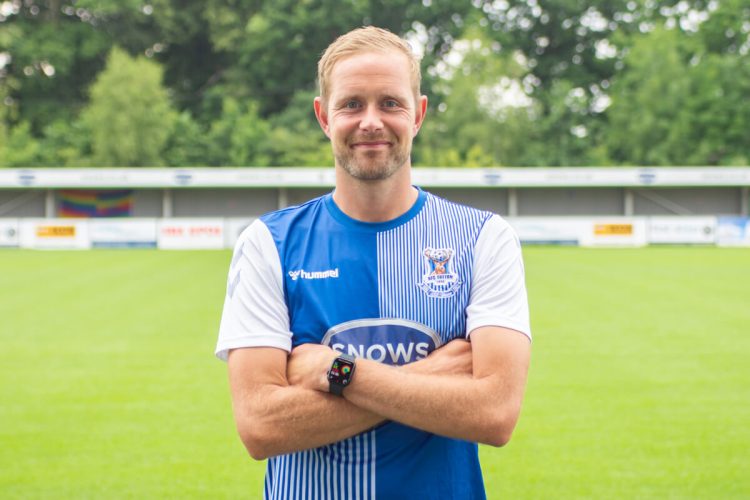 Asked to explain why he has switched clubs so often during the course of his career, Rendell replied:

“Sometimes you sign for a club under a certain set of circumstances but things change while you’re there. I signed a long contract with Peterborough United but then found my chances limited by the form of players like Aaron McLean, Craig Mackail-Smith and George Boyd, who have all gone on to play at higher levels. So, consequently, I moved around on-loan for a few seasons.

"But whenever I’ve moved clubs, I’ve always tried to make sure that I know what I’m signing on for and the system I’m going into, and that has enabled me to maintain a 1-in-3 goals-to-games record, which isn’t too bad!”

Jimmy Ball made no attempt to hide his delight at capturing the signature of the veteran forward:

“Scotty Rendell is a signing! People who’ve been in and around this level of football are going to sit up and take notice,” the AFC Totton manager enthused.

“I’ve been aware of him for a long time and come up against him a few times. He’s always been a player to cause problems for defenders. In addition, there are a handful of people you trust in football, whose opinions you can rely on, and he comes highly recommended.

“Like all the players we’ve brought to the club since I’ve been here, he’s another one who joins us from higher up the football pyramid. We haven’t quite managed to bring in every player that we originally targeted but I’m very happy with the business we’ve done and I’m raring to get stuck into this pre-season programme and to get the season underway.”

Craig Stanley, the newly-appointed manager of Totton & Eling, was a teammate of Scott Rendell’s during a brief stint together at Bristol Rovers in 2011, and the former England C international midfielder shares Ball’s enthusiasm for the new signing:

“More than anything else, Scott is a very good footballer who knows where the goal is. He’ll not only weigh-in with his fair share of goals but his ability to find little pockets and link the play will make a massive difference to way the team can play. He’d be an excellent signing for many clubs above this level, so for AFC Totton to get him is something of a coup.”

Shortly after posing for photos and talking to the AFC Totton Media team on Thursday evening, Rendell joined his new teammates for his first training session at the Snows Stadium complex, as AFC Totton prepare to begin their programme of pre-season friendlies, beginning with an away trip to Tytherington Rocks from the Western League Division One on Saturday 09 July.